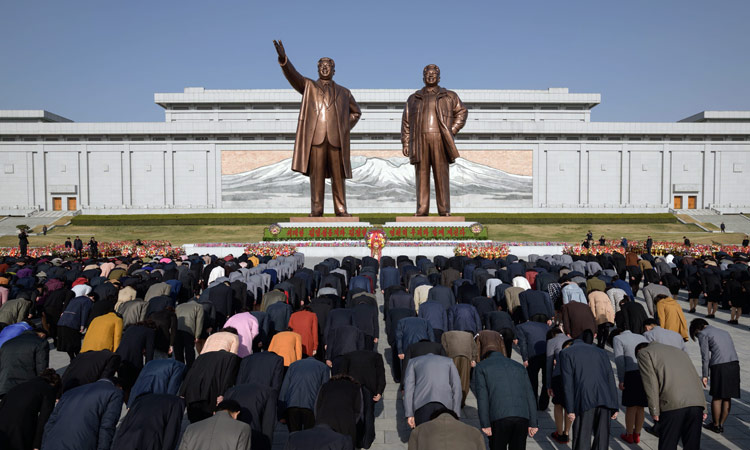 Tens of thousands of North Koreans turned out to pay tribute to their leaders on Monday, the most important day of the isolated, nuclear-armed country’s ritual calendar.

In the North April 15 is known as the Day of the Sun, the anniversary of the 1912 birth of the country’s founder Kim Il Sung, whose son Kim Jong Il succeeded him and grandson Kim Jong Un, the current leader, inherited power in turn.

North Koreans are taught from birth to revere the Kim family and the ceremonies surrounding such occasions are one of the ways in which authorities reinforce loyalty.

From early morning, a steady stream of citizens arrived at Mansu hill in Pyongyang, where giant bronze statues of the two elder Kims look out over the capital.

Platoons of soldiers, staff of work units, families, newlyweds and tourists all lined up before the images, advancing to place flowers at their base.

“Let us pay tribute to the great president Kim Il Sung and the great leader Kim Jong Il,” intoned an announcer half-hidden by floral baskets, and all bowed in unison, the troops saluting.

Retired colonel Ra Man Ok, 84, wiped tears from her eyes as she stood before the statues, took a few paces backwards still facing the images, and bowed an extra, second time.

“I want to pay tribute with my spirit to the great leaders because I am too old to repay their benevolence with my labour,” she told AFP, wearing the uniform in which she had marched in a military parade decades ago.

“My motto is that everybody can realise their hopes only by following the leadership of our party through all trials and difficulties.”

In pride of place before the statues, cordoned off with a chain, stood a giant floral tribute in the name of Kim Jong Un.

This year’s anniversary — which is also marked by other events including mass dances and a flower festival — comes days after Kim reinforced his already unshakeable grip on power with a generational reshuffle at the Supreme People’s Assembly (SPA), the country’s rubber stamp legislature.

The nonagenarian head of the parliament Kim Yong Nam — who also acts as the North’s ceremonial head of state as Kim Il Sung officially remains Eternal President despite dying in 1994 — was replaced by Choe Ryong Hae, considered one of Kim Jong Un’s right-hand men.

Kim told the SPA meeting that he was open to another summit with US President Donald Trump after their February meeting in Hanoi broke up without agreement — but only if Washington adopted a “proper attitude.”

Their last talks foundered with Washington demanding North Korea give up its nuclear arsenal, while US officials say Pyongyang offered only limited concessions in exchange for lifting almost all the sanctions against it.

“The United States came to the negotiating table after thinking only about completely unrealisable methods,” Kim said according to a transcript issued by the official Korean Central News Agency.

“The US-style dialogue of unilaterally pushing its demands does not fit us,” he added. “We are neither pleased nor willing to see summit talks like the Hanoi summit talks re-enacted.”

Hostile moves by the US, he said, “seriously get on our nerves. I am very displeased with such a trend.”

He brought his five-year-old granddaughter Ji Ye to the statues for the first time, he said, to teach her that it was a family tradition.

“Visiting this place on the national holidays is the law in my family,” he added. “I want to make sure she has a loyal spirit.” 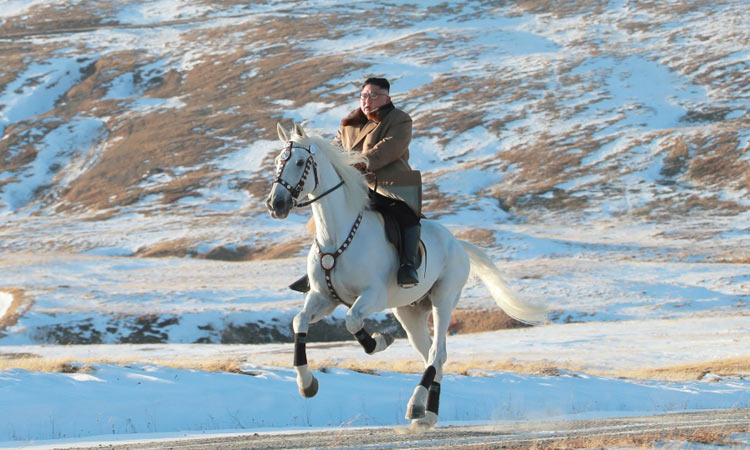 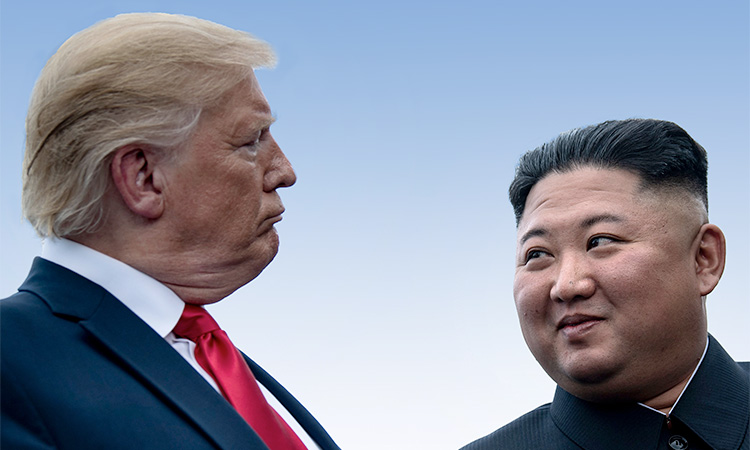 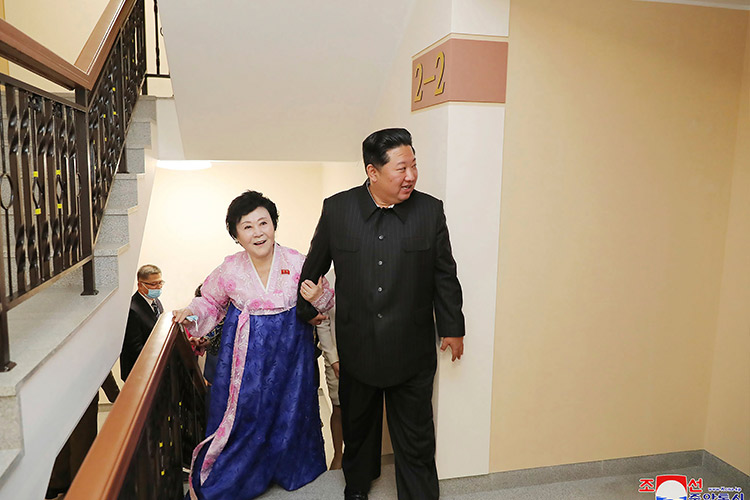 Experts say Kim is providing special treatment to elite North Koreans to boost their loyalty as he grapples with the pandemic, a troubled economy and a stalemate in nuclear diplomacy with the United States.