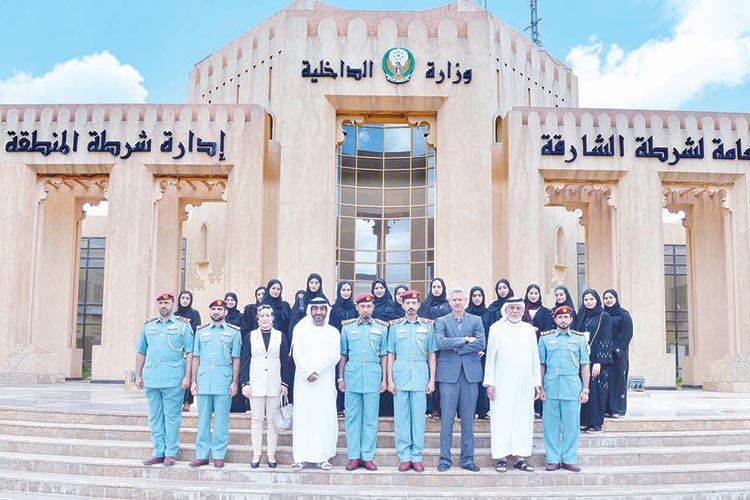 The Eastern Province Police Department has launched campaigns against the hazards of electronic games.

Sharjah Police have always been keen on maintaining the safety and security of the Emirate by setting objectives with sights on the future, besides the great efforts made to increase the awareness of citizens through campaigns, and their attempt to identify the problems and assess ways to solve them.

Colonel Ali Mohammed Al Kay Al Hammoudi, Director of the Eastern Region Police Department, stressed on the importance of partnership between the Sharjah Police General Directorate and the University of Sharjah in adopting and supporting the innovative projects of the students. He mentioned the necessity of utilising such projects in delivering a message about safety and security, through initiatives and campaigns that will be held during the implementation of the graduation projects of students.

The students of Faculty of Communication – Public Relations Department in the University of Sharjah – gave an introductory lecture on the dangers of video games and their impact on the public health and safety. Moreover, they shed light on games such as PUBG and Fortnite which have a serious impact on the behaviour of players.

Col. Al Hammoudi stated that the adoption and idea development of the projects comes in the shadow of the distinctive talents of the Sharjah University students, from scientific studies that enable them to find innovative and practical solutions to real-life problems, and their creative suggestions of ideas that will contribute in achieving and increasing safety and security.

This came during the press conference that was organised last Sunday by the Eastern Region Police Department, in collaboration with the University of Sharjah -Khor Fakkan Branch – to launch the “Watch Out” and “Glitch” campaigns. The conference was attended by Dr Ali Obaid Al Zaabi, Vice Assistant Chancellor of Financial and Administrative Affairs at the University of Sharjah, Colonel Juma Ali Al Ghawi, Deputy of the Eastern Region Police Department, Dr Thuraya Al Sanousi, Coordinator of the Faculty of Communication, Dr Islam Nasib, Academic Supervisor of the students’ graduation projects in the Public Relations Department, along with the Heads of Sections, Comprehensive Stations, Directors of Branches of the Administration, and a number of different media representatives in the UAE.