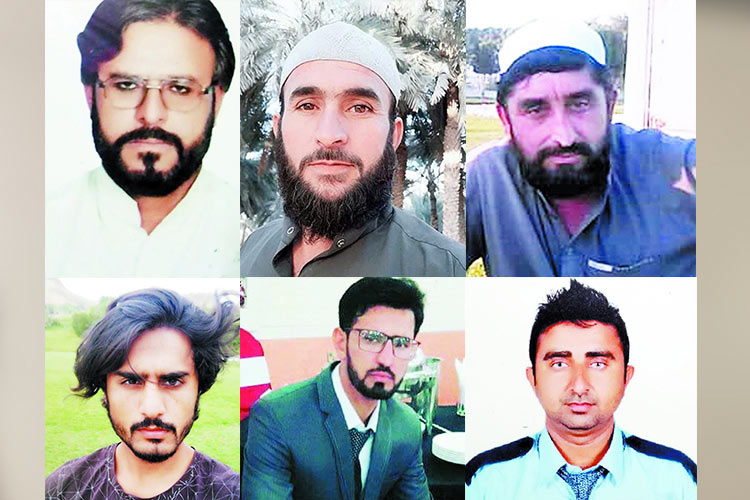 Bodies of the six Pakistani fire victims in Abu Dhabi have been sent back to their ancestral cities from Islamabad International Airport early on Monday morning through ambulance services of the Overseas Pakistan Foundation.

The remains of the six Pakistanis repatriated from the UAE arrived at Islamabad airport at 10.40 am on Monday and were transported to their home town by OPF’s Free Ambulance Service. Three of the victims belong to Kohat while the remaining were from Hangu, Peshawar and Dera Adam Khan in Khyber Pakhtunkhwa, Pakistan.

The Embassy of Pakistan in the UAE made all arrangements to repatriate the remains of the six Pakistanis, who unfortunately perished in the fire that broke out at their residence.

The deceased included four members of a family who were sleeping when their residence caught fire on Friday morning in Al Ain.

The Pakistan Embassy coordinated with their families and the UAE authorities including the hospital, police station, mortuary etc for early repatriation of remains of the deceased.

Emergency travel documents including no-objection certificates were issued to shift their remains to Pakistan.

The remains of the deceased were shifted to Pakistan yesterday early morning from Dubai to Islamabad through the Pakistan national carrier, PIA. The Embassy bore all the expenses for the purpose.

The fire resulted in the death of a father in his fifties, two of his children and their cousin, all in their twenties, in addition to two of their friends, while one person survived. The fire caused financial losses at the site that contained flammable materials.

The only survivor of the fire, Mohammed Raheem, 50, recounted how he survived.

He said Omer and his brother Khurram, who came from Ajman to visit their father, and Khayal Afdal and Eid Nawaz, all were in a wooden room. They realised a fire had erupted.

Omer and Eid went out of their room to the other room in which their father Farouq, his nephew Ali Haidar and Mohammed Raheem were staying. As soon as they went into the room, they were surprised that they were surrounded by fire.