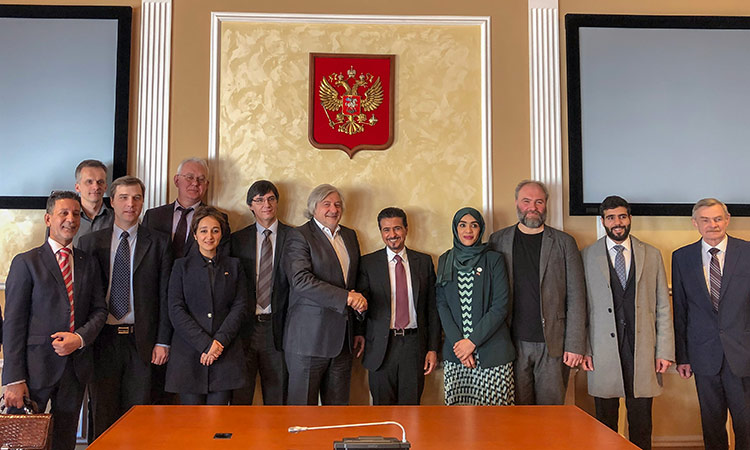 Ahmed Bin Rakkad Al Ameri and Vladimir V. Grigoriev greet each other during the meeting. WAM

The Emirate of Sharjah has been declared the 'Special Guest of Honour' at the upcoming Moscow International Book Fair, to be held from Sept.4 to Sept.8.

This is the first time in the history of the fair that the guest of honour title has been awarded, recognising the emirate's decades-long cultural efforts.

The announcement was made during a meeting between Ahmed Bin Rakkad Al Ameri, Chairman of the Sharjah Book Authority (SBA), and Vladimir V. Grigoriev, Deputy Head, Federal Agency for Press and Mass Communication, organisers of the Moscow fair.

As special guest of honour, Sharjah will serve as the UAE’s and Arab world’s cultural ambassador, introducing visitors from Russia and other nations to the UAE’s, and the region’s, authentic culture, arts, heritage, and knowledge-based traditions, as well as recent accomplishments, through a series of seminars, events and workshops at the Sharjah Pavilion.

Praising Sharjah’s selection as special guest of honour at the Moscow International Book Fair, Al Ameri said, "This is a great honour and a valuable addition to the recent cultural achievements attained by Sharjah. Celebrating Sharjah on the MIBF platform reflects the long-term vision and keenness of both the UAE and Russia to establish bridges of communication with other world cultures. We believe culture binds nations and people together, and promotes tolerance and understanding."

For his part, Vladimir V. Grigoriev said, "We are proud to host Sharjah, as a special guest of honour at MIBF this year, which is the same year that the world is celebrating the emirate as the Unesco World Book Capital. Sharjah will be our window, not only to Emirati, but Arab culture.

“The book fair will be a great platform for promoting cultural exchange and cooperation between our two countries."

"There are half a billion people native Arabic speakers in the world, and we are very interested in the language and the culture that birthed it. Today, Muslims account for 20 per cent of the Russian community, where 50 cultures live underneath the diverse Russian culture," he concluded. 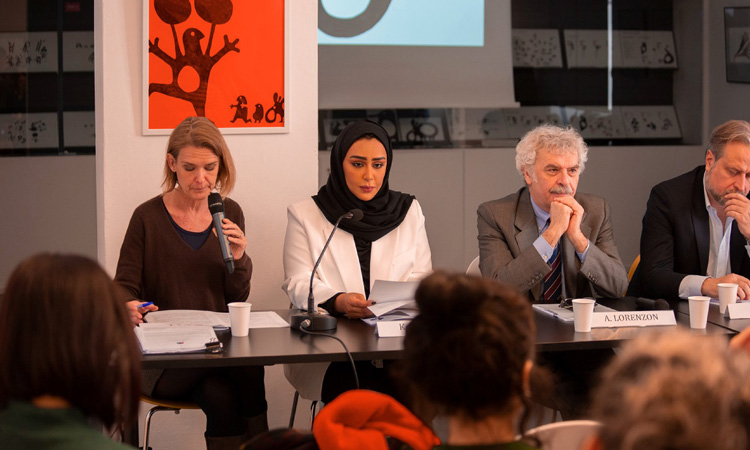