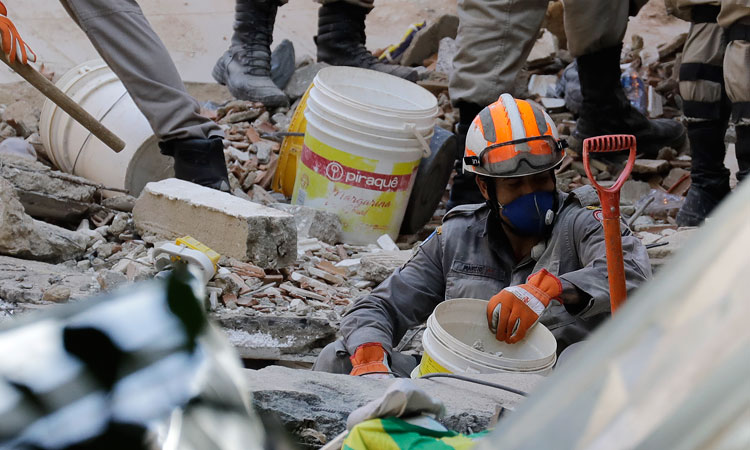 Firefighters try to find survivors amid the debris of two buildings that collapsed in Muzema, Brazil, on Saturday.

Rescuers still hope to find survivors in the rubble of a pair of collapsed buildings in Rio de Janeiro, officials said on Saturday, as the death toll from the disaster rose to eight with 16 people listed as missing.

The condemned four-storey buildings collapsed on Friday in the hillside neighbourhood of Itanhanga, an area that was hard hit by recent heavy rains and flash floods. 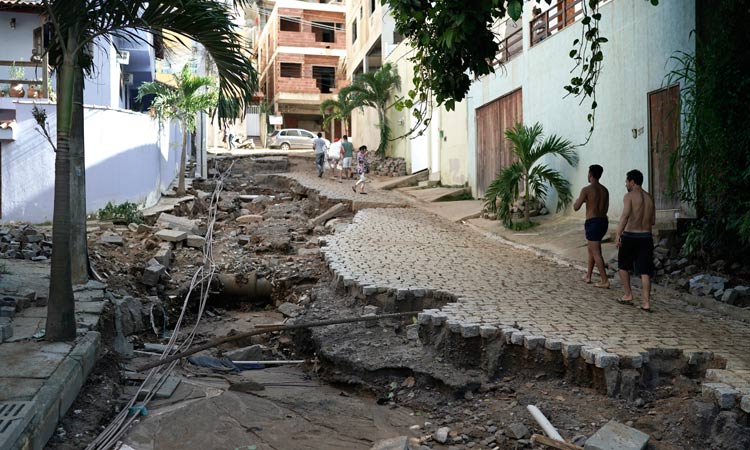 People walk on a damaged street due to the heavy rain in Rio de Janeiro, Brazil.

Civil Defence workers, firefighters, trained dogs and drones were searching around-the-clock for survivors in the rubble.

Luciano Sarmento of Rio's fire department said Saturday he hoped survivors would be found because "air pockets may have been formed allowing people to breathe."

Buildings next to those that fell were evacuated for fear of new collapses. Residents were allowed into their homes for a few minutes to retrieve personal belongings.

According to Rio Mayor Marcelo Crivella the area was run by militias that control large swathes of Rio, including the area where the buildings stood. 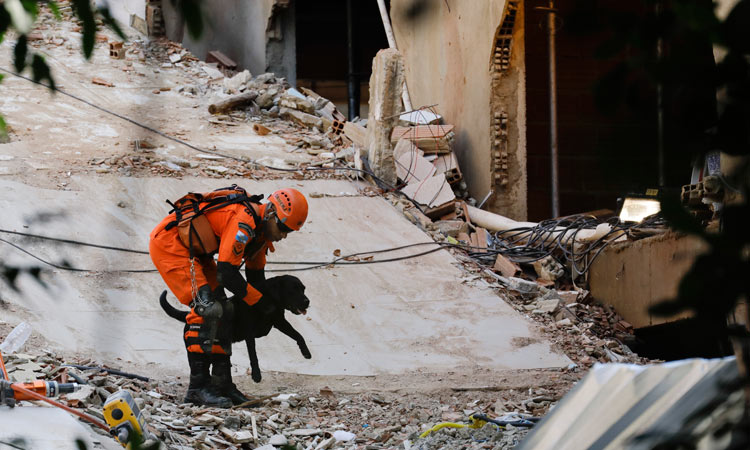 A firefighter pets his dog as they look for survivors amid the debris of two buildings that collapsed in Muzema.

Militias, which are made up of former firefighters, police and soldiers, charge residents for basic services in areas they control.

When they began forming decades ago, many saw them as a force for good because they provided security that the state could not. Today, however, such groups are full-fledged criminal organisations which are often considered the most severe security threat in Rio.