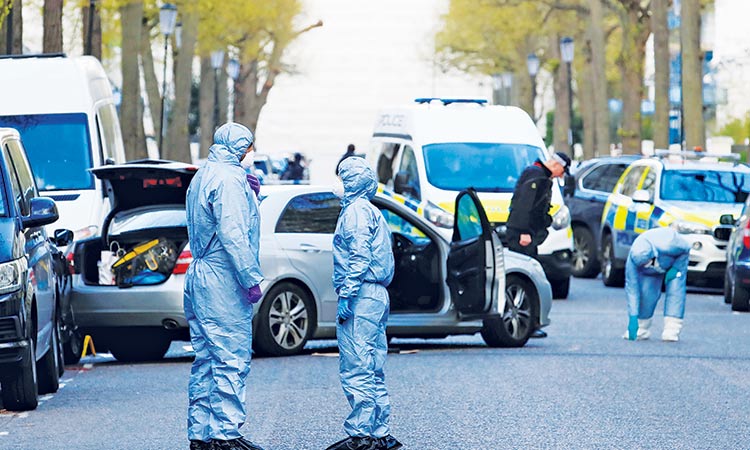 Forensics officers work at the site of the shooting incident near Ukrainian Embassy in London on Saturday. Reuters

Police opened fire outside Ukraine’s embassy in London on Saturday after a vehicle rammed into the ambassador’s parked car and then drove at officers called to the scene.

No diplomatic staff were injured in the incident and nor was the suspect, a man in his 40s, but he was taken to hospital as a precaution after being arrested, police said.

The incident, which occurred shortly before 10:00am (0900 GMT) and took place in the exclusive Holland Park area, is not being treated as terrorism.

“The official vehicle of the ambassador of Ukraine to the UK was deliberately rammed as it sat parked in front of the embassy of Ukraine’s building,” a statement from the embassy said.

It said police were called and quickly blocked the suspect vehicle, but the driver hit the ambassador’s car again.

London’s Metropolitan Police confirmed they were called to reports of a car hitting a number of parked cars near the Ukrainian embassy.

“On arrival at the scene, a vehicle was driven at police officers,” the force said in a statement.

“Police firearms and Taser were discharged, the vehicle was stopped and a man, aged in his 40s, was arrested.

“He has been taken to a central London hospital as a precaution. He was not injured.”

The statement added: “The incident is not being treated as terrorist-related.”

Chief Superintendent Andy Walker said, under standard procedure, the use of a police firearm in Britain is now being formally investigated. The Director of Professional Standards has been notified of the incident. He praised police for responding quickly. The embassy is located in Holland Park, west London.

Ukraine’s interior ministry on Saturday called on a comedian tipped to become the country’s next president and his incumbent rival not to exacerbate tensions ahead of a run-off in a high-stakes election.

Nerves are starting to fray as polls show the comic and actor Volodymyr Zelensky easily defeating President Petro Poroshenko for the leadership of a country seen as the biggest frontier between Europe and Russia. 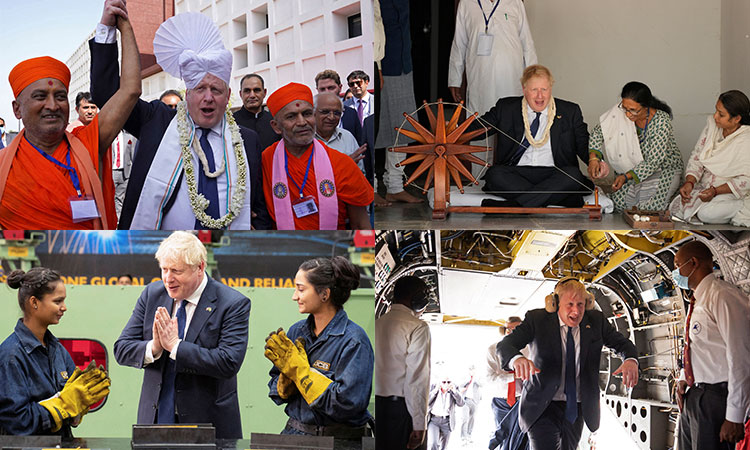 Prime Minister Boris Johnson has been one of the strongest supporters of Ukraine's efforts to resist Russian forces since Russian President Vladimir Putin launched the invasion on Feb. 24. 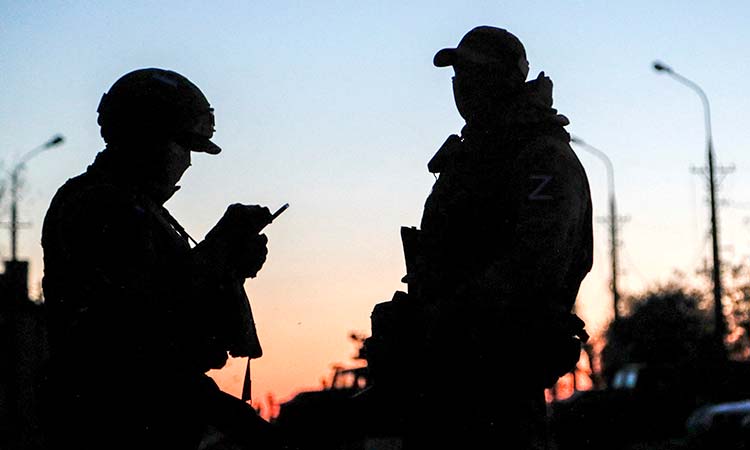 The training of about 800 Ukrainian soldiers will be conducted exclusively at one of four locations in Britain, and New Zealand defence personnel will not travel to Ukraine, the government said in a statement.