Modi allies in soup over threats to Indian voters - GulfToday

Modi allies in soup over threats to Indian voters 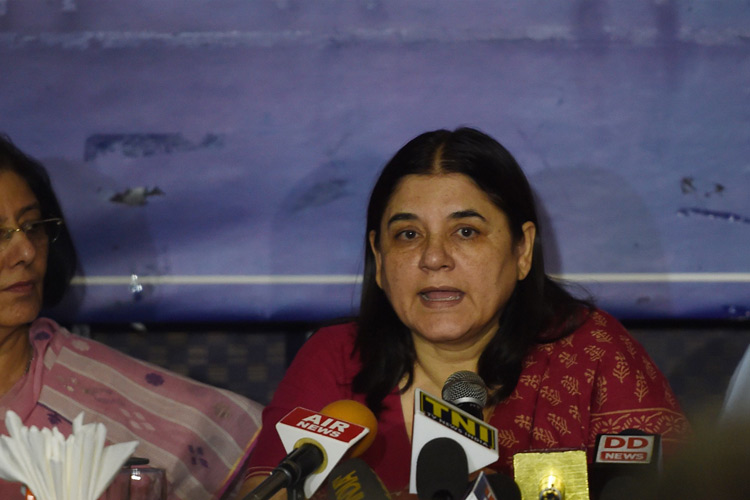 Maneka Gandhi during an event in New Delhi. File

Two top members of Prime Minister Narendra Modi's party including an estranged member of the Gandhi dynasty were in hot water on Saturday for appearing to threaten people to vote for them in the ongoing mega-election.

Indian politicians are often accused of using hate or intimidation to win support of the electorate. Soliciting votes on religious lines or threatening voters is prohibited.

A video showed women and child welfare minister Maneka Gandhi, widow of former politician Sanjay Gandhi, warning a gathering of Muslim community members to vote for her or be shunned if she returns to power.

"I am winning with the help of the people. But if my victory comes without the support of Muslims, then I will not feel good," Gandhi told a gathering during a campaign rally on Friday.

"It will leave a bitter taste. And then when a Muslim comes for any work, then I will think let it be."

Her comments sparked outrage online and demands for action by the opposition Congress party — headed by her former husband's nephew Rahul Gandhi — as local election authorities told her to explain her comments.

Bollywood actor Swara Bhaskar on Twitter slammed what she said as an open "threat to Muslims and unconstitutional" and demanded criminal action against the minister.

Sanjay was instrumental in a compulsory sterilisation programme during the 1975 to 1977 "emergency" when his mother and prime minister Indira Gandhi suspended all civil rights.

More than six million men were sterilised under the programme that aimed to control India's population and was intense in Muslim areas.

Sanjay was seen as the political heir to his mother but died in a plane crash in 1980.

Following his death, Maneka Gandhi snapped her ties with Congress and Indira and launched her own party before joining the right-wing Bharatiya Janata Party (BJP), now headed by Modi, in 2004.

The other new incident in the current election, which runs to May 19, involved Sakshi Maharaj, a Hindu monk, who told a gathering in the northern city of Kanpur he would "curse" those who do not vote for him.

"When a saint comes to beg and isn't given what he asks for, he takes away all the happiness of the family and in turn gives curse to the family," Maharaj said, adding he was quoting from sacred Hindu scriptures.

Maharaj is facing 34 criminal charges against him, including alleged murder, robbery and cheating. He is running for a second term from Unnao in Uttar Pradesh state.

The BJP member's previous comments include calling upon Hindus to produce four children and grow faster than the Muslim population.