India hopes to avoid US sanctions over Russian missile deal 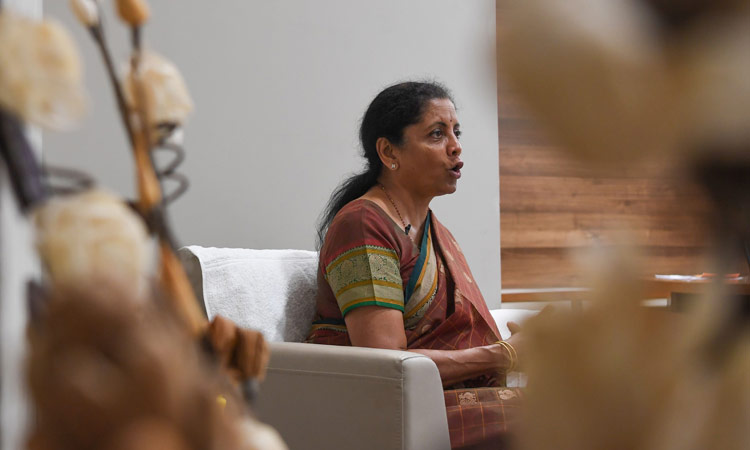 India is hopeful it will avoid US sanctions over its purchase of Russia’s S-400 missile system, Defence Minister Nirmala Sitharaman told AFP.

New Delhi has been “heard and understood” by the US administration over its accord to buy the S-400 missile defence system for $5.2 billion, the minister said in an interview this week.

Indian Prime Minister Narendra Modi made the deal with Russian President Vladimir Putin in October, defying US warnings of sanctions on countries buying Russian military equipment. The sanctions were part of measures to punish Moscow for its actions in Ukraine in 2014.

It has also warned NATO member Turkey of sanctions for buying the S-400, and has suspended Turkey’s participation in a US jet programme.

Sitharaman told AFP that Washington has taken on board that India, bordering both Pakistan and China, needed arms from Russia, and others, to remain a “strong partner.”

Negotiations with Moscow, a longstanding supplier to India’s military, on the S-400 began before the US sanctions were introduced, she said.

“In the case of S-400 we have explained ourselves well... That has been heard and understood,” Sitharaman said. “They have appreciated the point of view put forward.”

Asked if she was confident that India would avoid sanctions, Sitharaman said: “Yes I hope so.”

Before the deal was inked, Washington poured cold water on India’s efforts to obtain a waiver from the US Countering America’s Adversaries Through Sanctions Act (CAATSA).

Upgrades in arms systems “including the S-400 air and missile defense system” would be a particular focus for CAATSA, a US State Department spokesperson was quoted as saying by India’s PTI news agency.

But Randall Schriver, Assistant Secretary of Defense for Indo-Pacific Security Affairs, told a hearing in March that Washington wanted to “work through” the problem, calling India “an important emerging strategic partner.”

He added however that India’s contract with Russia has not been completed and that the US was “very keen to see (India) make an alternative choice (to the S-400) and we are working with them to provide potential alternatives.”

Washington is in a tricky position with India. It wants to bolster ties with the Asian giant to counter China’s assertiveness, a trend which has also rattled New Delhi.

In 2017 India and China had a military standoff over a Himalayan plateau claimed by both Beijing and Bhutan, a close ally of India.

Since then China and India have sought to patch up relations, including at a meeting between Modi and President Xi Jinping at Wuhan, China in April 2018.

“Sometimes there are differences and you have a face-off,” Sitharaman said. “But our attempt, particularly after the prime minister’s Wuhan meet with the Chinese president, our attempt has been that these differences... cannot be allowed to become disputes.”

But China has also made inroads in Sri Lanka and the Maldives — countries that India considers to be in its sphere of influence — through its One Belt, One Road Initiative (OBOR), also known as the Belt and Road Initiative (BRI).

India has particular concerns about a series of projects passing through Pakistan-administered Kashmir, a disputed territory which was the fuse for a new military flare-up between Pakistan and India in February.

China has also blocked efforts to put on a UN sanctions blacklist the leader of a Pakistan-based militant group that claimed a suicide bombing in India-administered Kashmir on February 14 that killed 40 Indian paramilitary troops.

New Delhi has reportedly declined a Chinese invitation to take part in an OBOR forum in China later this month.

“Areas which are ours legally, which are under illegal occupation of Pakistan, are the ones which are becoming part of the China-Pakistan Economic Corridor,” Sitharaman said.

“So having made that position very clear, we have not participated in anything to do with OBOR, and we stick to that position,” she said.