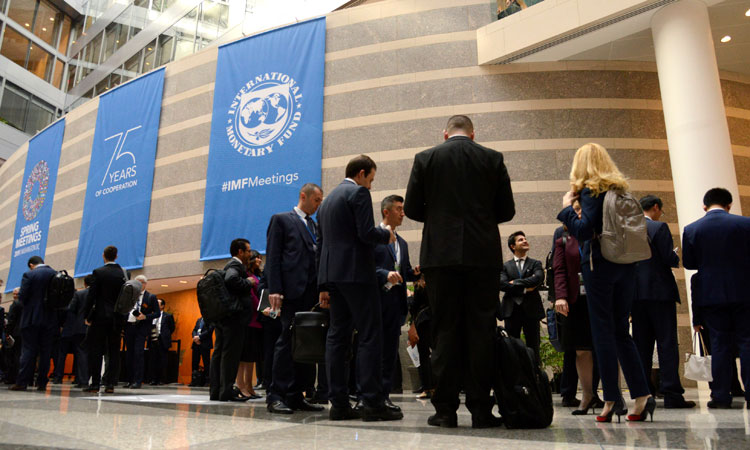 Finance ministers, bank governors and their staff gather for a G-20 meeting in Washington on Friday. Mike Theiler/Reuters

The risk that global economic growth could slow more than expected spurred a call on Friday from top finance officials for countries to overcome trade differences and opt for multilateral cooperation and "timely policy action."

"The balance of risks remains skewed to the downside," Japanese Finance Minister Taro Aso said at a news conference following a meeting of G20 finance ministers and central bankers. "We recognize the risk that growth prospects might deteriorate if weakening in key economies feed into each other." 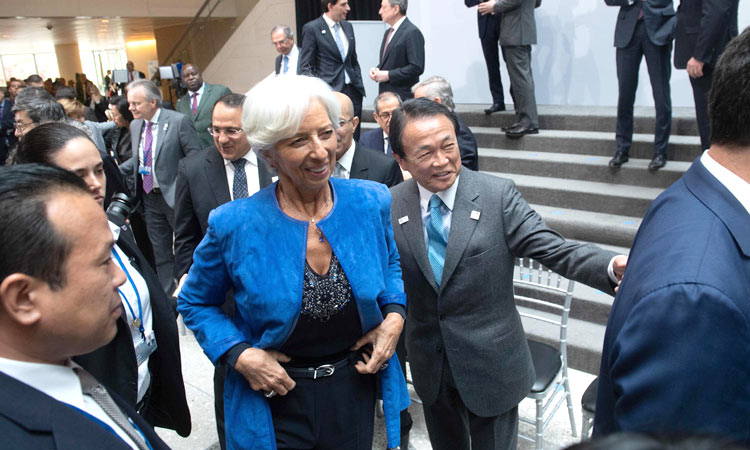 Aso's remarks dovetail with those of other officials gathered in Washington for the spring meetings of the World Bank and International Monetary Fund, many of whom fret that self-inflicted wounds from protectionist trade policies are to blame for the weakness. The week's proceedings kicked off with another downgrade of global growth estimates from the IMF.

"There was a shared understanding among the G20 members that each country needs to take timely policy action," Kuroda said at the news conference.

"The balance of risks remains skewed to the downside.

As the chair country of this year's G20 proceedings, Japan wants to deepen talks on global imbalances - an effort to divert Washington's attention from bilateral trade imbalances and stave off US pressure to negotiate two-way trade deals.

German Finance Minister Olaf Scholz, speaking at an event on the sidelines of the meetings in Washington, said the rules-based order of multilateralism is increasingly under threat and leaders must uphold international cooperation.

Scholz called on the United States to overcome trade differences with Europe, which erupted again this week when US President Donald Trump threatened to impose tariffs on $11 billion worth of European Union products, including commercial aircraft.

Finance ministers, bank governors and other officials at the G20 meet on Friday. Saul Loeb/AFP

"I believe this is a matter of principle, it's not just about achieving some short-term economic gain. It's not about the art of the deal," Scholz said in reference to the best-selling business advice book credited to Trump.

Scholz's consternation is understandable given the global downshift in growth is most evident at the moment in Europe, where the outlook has been further clouded by the uncertainty over Britain's departure from the European Union.

An internal European Central Bank model presented to policymakers on Wednesday indicates euro zone growth was just above 0.2 per cent in the first three months of the year and could be somewhat weaker in the second quarter, two sources told Reuters on Friday. 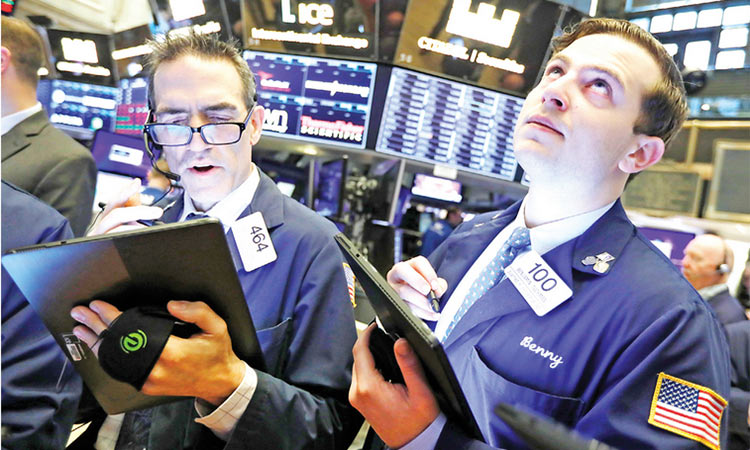 Citing worsening financial crises in Sri Lanka and Pakistan as examples, some accuse China of engaging in debt trap diplomacy - or having countries falls so deeply in debt to that they are beholden to it on international issues.