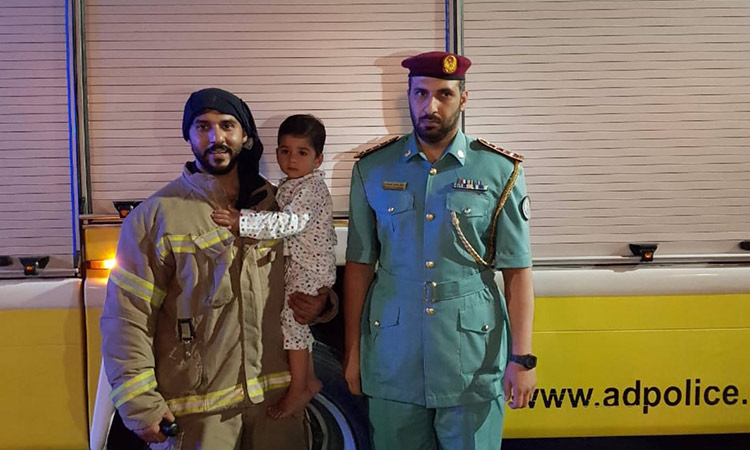 Officials of Sharjah Police and Civil Defence pose with the child.

The Sharjah Police and Civil Defence helped a person who, late at night, called the Central Operations Room asking for help to search for his two and a half years old son.

Patrols of Wasit police station and the civil defence teams rushed to the scene and searched for the child inside and outside the house but did not find him.

The team then suspected the child might be inside the father's vehicle in the courtyard of the house. They finally found him inside the trunk, which he closed by mistake.

Immediately, the child was taken for medical examination by the national ambulance team, and was taken to Al Qasimi Hospital to have the required tests.

The family of the child praised what the police, civil defence teams and national ambulance had done.