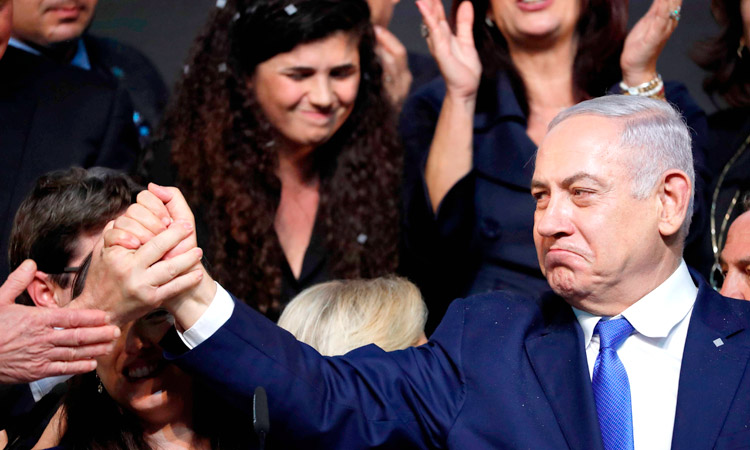 Benjamin Netanyahu reacts as he shakes hands with someone after addressing supporters on Wednesday. Thomas Coex/AFP

Israeli Prime Minister Benjamin Netanyahu secured a clear path to reelection on Wednesday, with religious-rightist parties set to hand him a parliamentary majority despite a close contest against his main centrist challenger, a vote tally showed.

The close and often vitriolic contest was widely seen in Israel as a referendum on Netanyahu's character and record in the face of corruption allegations. He faces possible indictment in three graft cases, and has denied wrongdoing in all of them.

Despite that, Netanyahu gained four seats compared to his outgoing coalition government, according to a spreadsheet published by the Central Elections Committee of parties that won enough votes to enter the next parliament.

His challenger, the new Blue and White party of ex-general Benny Gantz, claimed a more modest victory after winning a 35-seat tie with Likud. Unless he reverses on campaign pledges to shun Netanyahu, and joins him in a future broad coalition, Gantz looked destined to lead a centre-left parliamentary opposition.

Netanyahu highlighted his close relationship with US President Donald Trump, who delighted Israelis and angered Palestinians by recognising Jerusalem as Israel's capital in 2017 and moving the US Embassy to the holy city last May.

Two weeks before the election, Trump signed a proclamation, with Netanyahu at his side at the White House, recognising Israeli sovereignty over the occupied Golan Heights captured from Syria in the 1967 Middle East war. 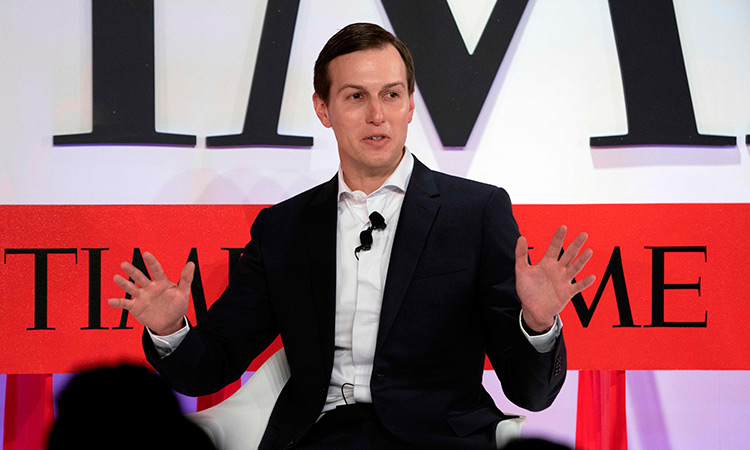