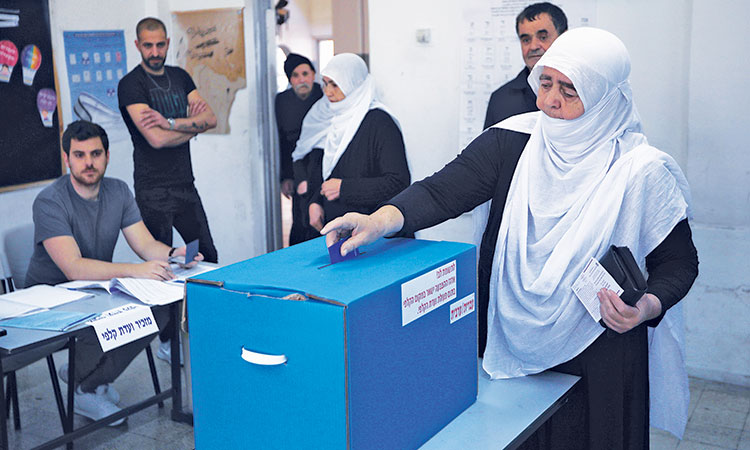 Without supporting a particular candidate, Abbas told journalists he was following the elections.

He said he hoped the new government would understand “peace is in ours, theirs and the world’s interests”.

“All that we hope is there will be a just way, a correct way to reach peace,” he said.

“We don’t need any government that doesn’t believe in peace.” Israeli-Palestinian peace negotiations have been frozen since the US-brokered process collapsed in 2014 amid mutual accusations of blame.

Abbas, whose government is based in the Israeli-occupied West Bank, reiterated that the Palestinian leadership would be open to negotiations.

But he has frozen ties with the White House over US President Donald Trump’s recognition of Occupied Jerusalem as Israel’s capital and has vowed not to cooperate with the peace plan Washington is expected to release.

The Palestinians see Trump’s administration as blatantly biased in favour of Israel.

Benjamin Netanyahu’s party sent monitors equipped with body cameras to a number of polling stations with Arab constituents on election day in Israel on Tuesday, and Arab politicians condemned the move as voter intimidation.

Asked about the use of cameras in polling stations, Israeli police said there had been “a number of suspected irregularities” in the north, where many Israeli Arabs — who comprise 21 per cent of the population — live.

Netanyahu, head of the right-wing Likud party who opinion polls showed was neck-and-neck with a centrist rival, defended the filming, saying that cameras should be posted openly at voting stations everywhere to ensure “a valid vote”.

In 2015 Netanyahu angered Israeli Arab leaders when he said that Arabs were flocking “in droves” to cast ballots. Analysts said the remark was an attempt to galvanise his right-wing base, and that it deepened longstanding mistrust among Arabs.

On election days in Israel, representatives of most parties sit at venues to check the pre-vote identification process. Voters are then handed an envelope and go behind a screen to cast their ballot in private.

Arab lawmaker Ahmad Tibi said the cameras seen at polling stations on Tuesday were illegal, and were a “direct attempt to sabotage” the freedom to vote.

Jamil Baransi, Deputy Mayor of Reineh, an Arab town in northern Israel, said monitors from right-wing parties had brought cameras to all of 17 local polling centres.

“We noticed that each one of these representatives had a camera on them, on their bodies,” he said, adding that he believed the cameras were “designed to intimidate voters.” He said police intervened and people with cameras had left.

In such a close election, a key factor could be the Arab turnout. Many Arabs were angered by Israel’s nation-state law, passed in 2018, which declared that only Jews have the right of self-determination in the country. Netanyahu backed the measure.

Arab officials at polling stations in several Arab towns in the north said the cameras were not filming behind the screens but were attached to the shirts of Likud representatives, with the camera lenses visible.

Complaints came from polling stations in districts with predominantly Arab or mixed constituencies. Asked if representatives with cameras were also sent to mostly Jewish areas, a Likud spokesman said he did not know. A Likud party official confirmed that cameras were deployed, saying it was to ensure there would be no vote rigging.

“They are not hidden cameras. They are cameras in the open,” Kobi Matza, a Likud election official, told Kan radio station. “We are worried about counterfeit (votes) in the Arab sector.” The head of Israel’s election committee, Justice Hanan Melcer, said he was aware of complaints about “hidden cameras”, but it had been “made clear that voters had not been filmed inside the voting booth”.

He said it was forbidden to film inside polling stations unless there was concern over “significant harm” being caused to the voting process, such as threats, bribery or violence. 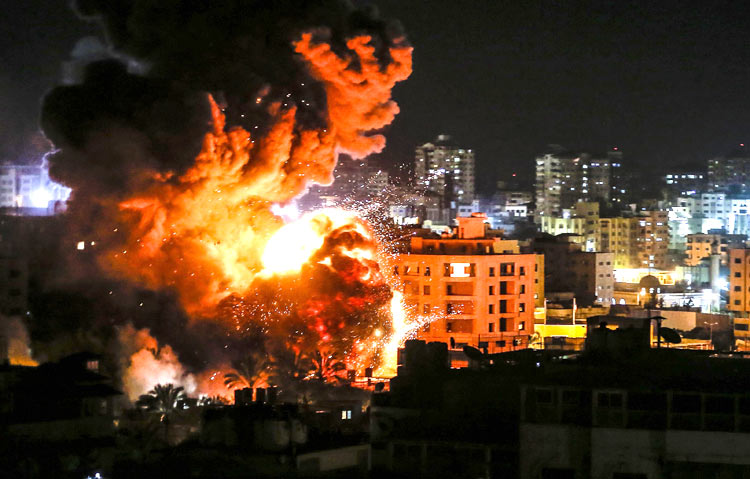