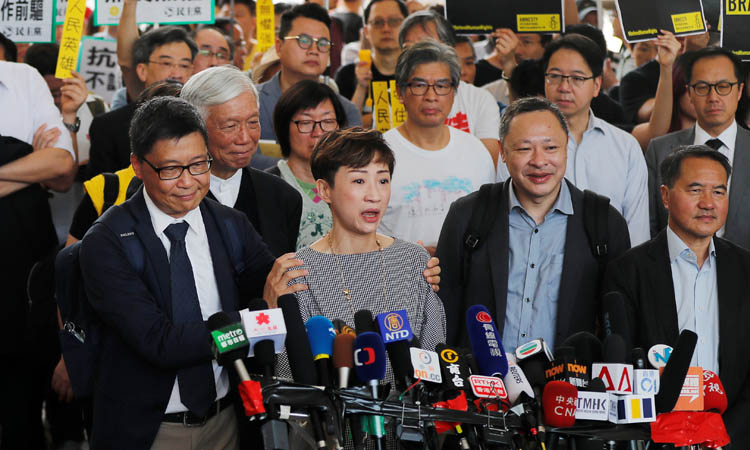 Pro-democracy activist Chan Kin-man pats fellow activist Tanya Chan's shoulders as she speaks to the media before a verdict on their involvement in the Occupy Central, also known as “Umbrella Movement,” in Hong Kong. Tyrone Siu/ Reuters

A Hong Kong court on Tuesday found three leaders of the 2014 pro-democracy “Occupy” civil disobedience movement guilty of conspiracy to commit public nuisance for their role in mass protests that brought parts of the Chinese-ruled city to a standstill.