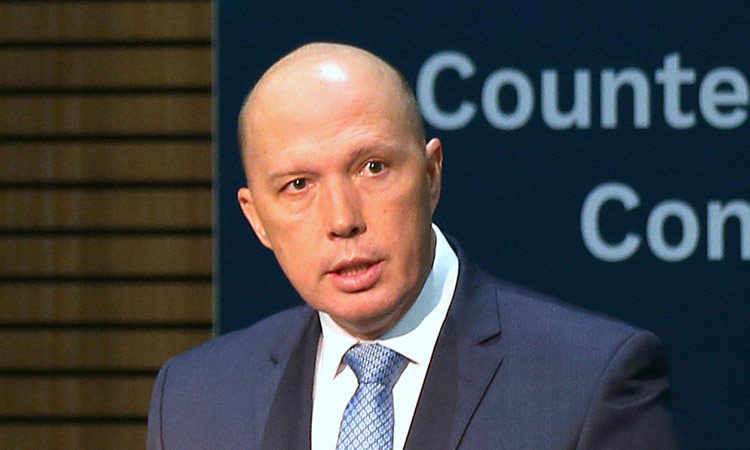 Australia’s hardline immigration minister was swept up in the deepening saga over Chinese meddling in domestic politics on Tuesday, delivering another blow to a government facing defeat in next month’s election.

Huang has been at the centre of a series of scandals including accusations he bought influence in Canberra with millions in donations to major political parties. He has long denied any wrongdoing.

The ABC alleged Huang paid a lobbyist thousands of dollars for private access to Dutton, throwing Australia’s governing coalition into the foreign interference saga even as it trails in polls ahead of an expected May 18 election.

Huang was eventually denied citizenship on the advice of Australian spy agencies and barred last month from the country on suspicions he is part of a Communist Party influence campaign.

“I have never received a dollar from this individual. I had one meeting with him over lunch. I have never seen him since,” he told reporters.

Former opposition Labor party senator Sam Dastyari, who was forced to quit politics because of his ties to Huang, told the ABC Dutton in 2015 fast-tracked a request for the billionaire’s family to hold a citizenship ceremony.

Dastyari said it “blew him away” when Dutton took a few weeks to approve a fast-track request that would typically take months to rubber stamp.

Turnbull, who was ousted in a party coup late last year by a hard-right faction led by Dutton, likened the latest revelations to the Dastyari case.

“Peter Dutton has a lot to explain about this,” he told reporters on Tuesday.

“He is supposed to be the minister responsible for the domestic security of Australia,” said Turnbull, calling on Morrison to do more.

Canberra banned foreign donations as part of its reforms, with China called out as its primary concern.

Beijing has dismissed the claims of meddling as hysteria and paranoia.