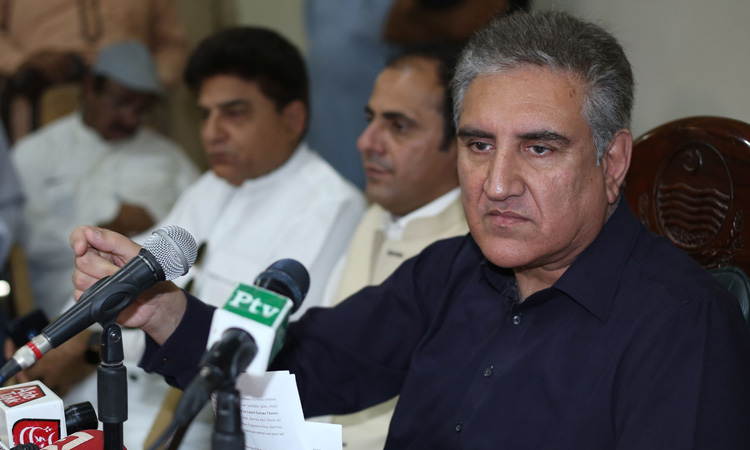 Foreign Minister Shah Mehmood Qureshi has revealed that India is planning another military attack against Pakistan in the coming weeks, raising the spectre of renewed hostilities between the two nuclear armed neighbours.

Elaborating further, he said that India could stage a “Pulwama style” attack in Occupied Kashmir to use it as justification for its military adventure against Pakistan.

“We have reliable intelligence that India is planning a new attack on Pakistan. As per our information this could take place between April 16 and 20,” Qureshi told reporters in his hometown of Multan.

Qureshi said Pakistan had invited five permanent members of United Nations’ Security Council to the Foreign Office and briefed them about the Indian plan to attack Pakistan. He said the world community should take up the matter seriously and stop Indian violations at the Line of Control (LoC) and targeting citizens of Pakistan across the LoC.

Qureshi said that he had consulted Prime Minister Imran Khan and decided to make public the development in order to expose the Indian designs. The purpose of such a sinister plan is to put diplomatic pressure on Pakistan, he added.

“I am saying it with responsibility and I have a responsible position, I know each word I say would make headlines in the international press,” he said, stressing the reliability of his claim. He said the planned aggression was aimed at “increasing diplomatic pressure against Pakistan.”