29 days of voting period for Filipinos in UAE - GulfToday

29 days of voting period for Filipinos in UAE 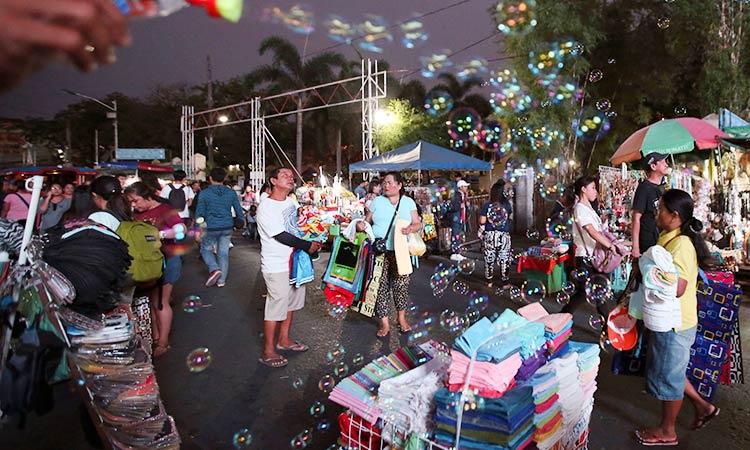 Philippine Consulate General in Dubai (PCGDXB) will be open on weekends and on May 1 (Labour Day) to serve the voters.

DUBAI: The 318,992 registered Filipino voters in the UAE for Manila’s May 13 (Monday) general-local elections have 29 days to exercise their right to suffrage and help their 61,843,750 registered voting countrymen back home as well as the other 1,470,831 overseas Filipinos absentee voters (OFAVs) decide on the next set of national lawmakers who will serve their nation in the next six years.

This is so since while the Philippine Embassy in Abu Dhabi (AUHPE) and the Philippine Consulate General in Dubai (PCGDXB) will be open on weekends and on May 1 (Labour Day) to serve the voters during the April 13 to May 13 overseas absentee voting (OAV) electoral process, these would be closed on April 18 and 19 in observance of the Christian Holy Week holidays of Maundy Thursday and Good Friday, respectively.

The advisory had been released and posted on the websites of the two diplomatic missions.

The May 13 schedule is earlier because in accordance with the ruling of Manila’s election body, the Commission on Elections, all the 87 Philippine diplomatic posts carrying out the OAV must observe the official election hours back home which is from 10 a.m. to 6 p.m. (6 a.m. to 2 p.m. in the UAE).

In the AUHPE advisory, Ambassador Hjayceelin M. Quintana stated: “While we are hoping that the number of voters will be evenly distributed during the voting period, we expect the number to increase as May 13 approaches. We, therefore, encourage all to vote early during the one-month period, especially during weekdays, in order to avoid the weekend congestion.”

There are 17 polling precincts for the OFAVs in the UAE with six at the AUHPE and 11 at the PCGDXB that will use recently calibrated and tested automated voting counting machines.

OFAVs are to choose 12 senatorial candidates and one party-list representative to the 24-seat Philippine Senate or Upper House and 297-seat House of Representatives or Lower House, respectively. 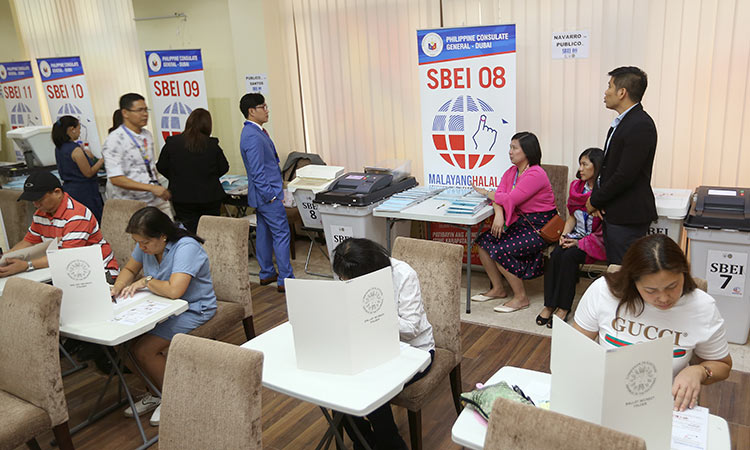 Due to demand, the Philippine Consulate General in Dubai (PCGDXB) shall conduct a second field overseas voting (OV) for Manila’s May 13 mid-term elections on April 26 and 27 in Deira.