Voting at Indonesian consulate on Friday 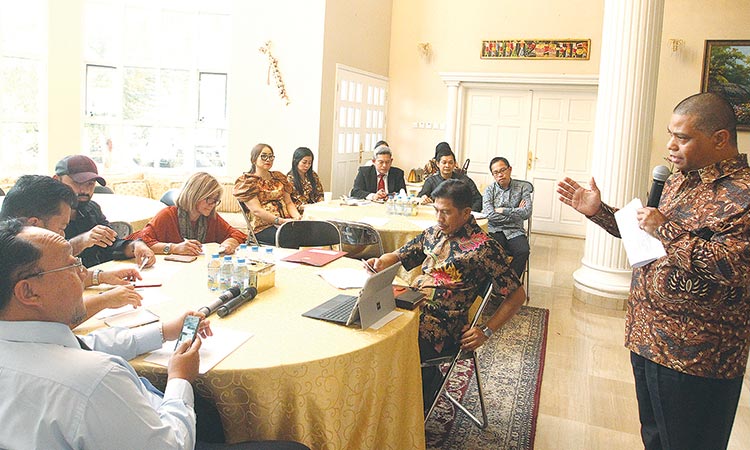 DUBAI: The Consulate General of the Republic of Indonesia in Al Hudaiba, Dubai will be open on April 12, Friday, for the one-day overseas absentee voting (OAV) procedures of Jakarta’s historic joint presidential-legislative elections scheduled on April 17, Wednesday.

Consul General Ridwan Hassan told newsmen on Sunday evening: “It is important for (overseas) Indonesians (like us in Dubai and the Northern Emirates to take part in this elections), to vote to determine the direction of our country.

“This is a democratic process. This is the chance and the time for (overseas Indonesians) because the next elections will be five years from now,” added Hassan.

He expressed hope that his countrymen under the jurisdiction of the diplomatic mission have the time to cast their vote on Friday.

Hassan said the main concern of overseas Indonesians are economic development and more access to new economic activities as well as the rise of the millennials or the new generation.

From the 54,000-strong Indonesian Community in Dubai and the Northern Emirates 4,802 are registered, according to Panitia Pemilihan Luar Negeri (PPLN) or the Committee of Overseas General Election chief Nashiruddin Mawardi.

PPLN is the civic organisation tasked by the consulate general for the purpose of information dissemination and registration, according to Hassan.

Aside from being Indonesian nationals, qualified to vote are those aged 17 by April 17, and those married even if they are minors.

Mawardi said a total of 4,898 election ballots had been ordered from Jakarta with the expectation that those who failed to register since one year back would troop to the diplomatic post to exercise their right to suffrage.