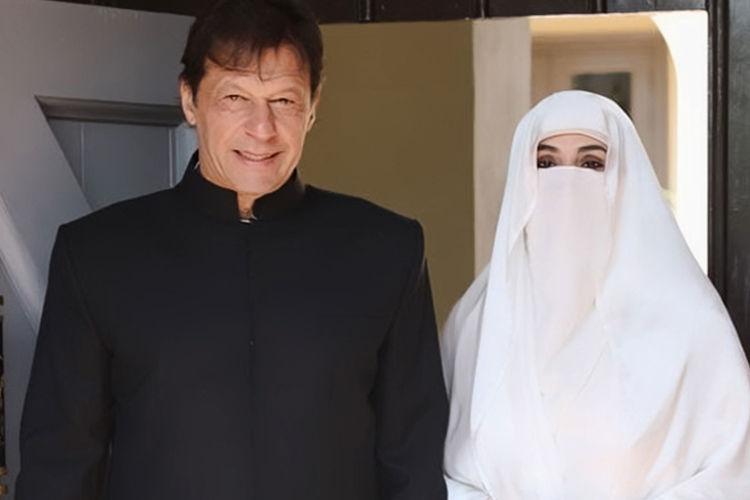 Prime Minister Imran Khan, while commenting on his marital life, acknowledged his wife Bushra Bibi to be a blessing from Almighty Allah and vowed to remain together till their last breath.

Talking to a private news channel, Khan refuted all rumours related to his marital life. Earlier, first lady Bushra Bibi, during her interview with a private TV channel a few months back, called Khan a leader rather than just a politician. She divulged that he was a very simple man devoid of any greed. “Only Imran Khan can bring change in Pakistan but change requires time,” she added.

Bibi defending her right to wear a hijab, inspiring many, implied that it’s a private matter and her personal choice. “Those who don’t want to wear hijab, can do so.”

She had said that everyone says she brought change in Khan’s life, but the reality is that "change came in both of us due to each other.

“Before marrying Imran Khan, people would visit me to seek guidance to be close to Allah Almighty and Prophet (PBUH) but now people come to seek my help to become close to Khan.”

Reply to another question, Bushra Bibi said, “Being a human, Imran Khan is a very simple, fair person and he has absolutely no greed for anything at all.”

There is a difference between a politician and a leader, Khan and Turkish President Recep Tayyip Erdogan are the only two leaders of this century after Quaid-e-Azam Muhammad Ali Jinnah, said Bushra Bibi.

"Imran Khan will change the fate of Pakistan, he is working hard for the Pakistani nation," she said and added that however, it takes time to bring change in the country.