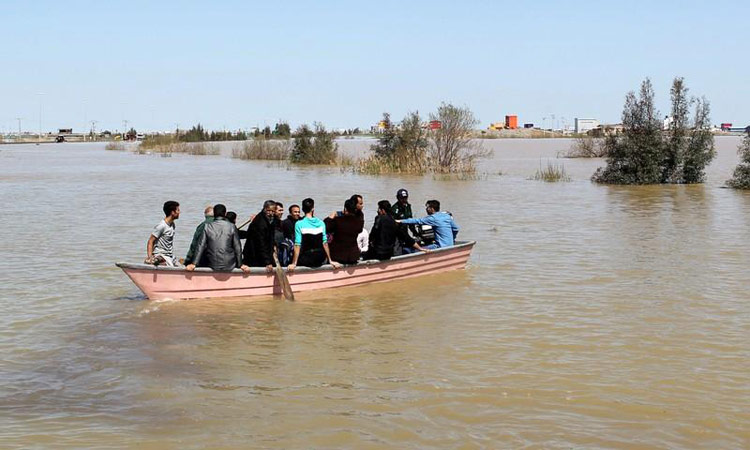 People are seen on a boat after a flooding in Golestan province, Iran. File photo/ Reuters

Iran moved on Saturday to evacuate more towns and villages threatened by floods after continued rain in the southwest of the country, state television reported, as the nationwide toll from the flooding reached 70.

“An evacuation order has been issued and we are recommending women and children to leave but we are asking the men and youth to stay and help us build floodwalls so we can keep the water out of these cities,” the provincial governor, Gholamreza Shariati, told state TV.

“The inflow into the Karkheh river dam has been high ... and officials have had to release more water as the dam was approaching its full capacity,” Shariati said, adding the flooding was the worst in 70 years.

The disaster has left aid agencies struggling to cope and seen 86,000 people moved to emergency shelters.

The government has told citizens, and especially flood-affected farmers, that all losses will be compensated.

President Hassan Rouhani, whom critics have accused of mismanaging the response to the disaster, said on Wednesday the sanctions were also hampering aid efforts.

As waters continue to submerge villages, the government said it had deployed more mobile medical units to the southern provinces. Around 1,000 people have been airlifted by emergency helicopters to safety in recent days.

The head of Iran’s elite Revolutionary Guards reiterated the armed forces “were using all their power” to minimise the damage in Khuzestan. Iranian drilling companies and other energy firms have been assisting rescue efforts in flooded areas, using pumps to remove water. 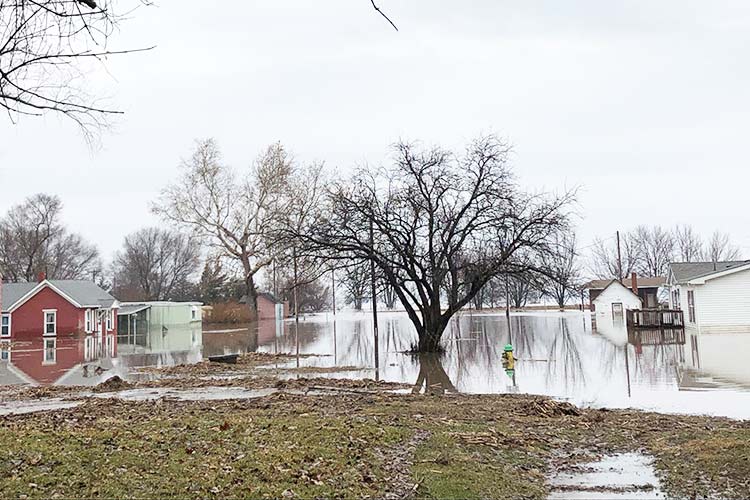 The flooding that devastated the U.S. Midwest is likely to last into next week, as rain and melted snow flow into Kansas, Missouri and Mississippi, the National Weather Service said.