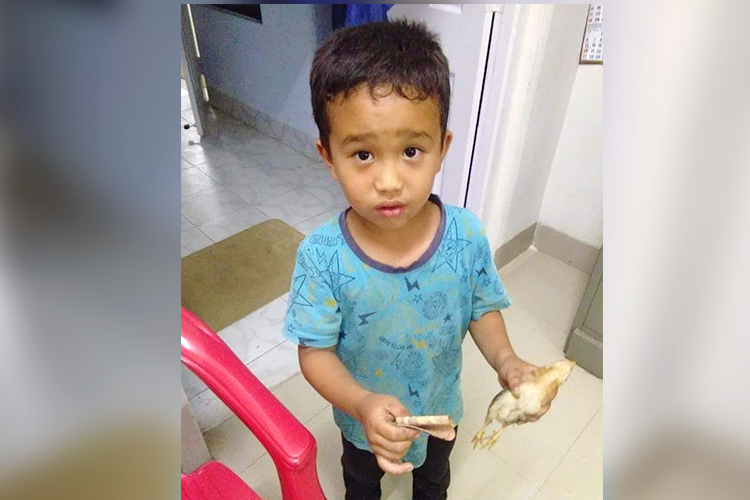 Derek C Lalchhanhima photographed holding the chick and the money.

A six-year-old Mizoram boy has melted the hearts all over the world with his touching story to revive a chick he accidentally ran over.

On realizing the depth of the situation, Derek hotfooted to his parents. He asked for some money so he could get the chick treated at a nearby hospital. The photo of a visibly upset Derek holding the chick in one hand and an Indian currency on the other hand has melted the hearts of people.

Unfortunately, Derek’s parents had to tell his hero son that the chick was already dead. The incident reportedly took place on April 2.

A Mizoram resident, Sanga Says shared the photo on his Facebook page.

Sanga wrote, “As per reports: This young boy from Sairang, Mizoram, accidentally ran over his neighbour's chicken. He took the chicken, ran to a nearby hospital and with all the money he had, asked for help. (I'm laughing and crying all at the same time)…” 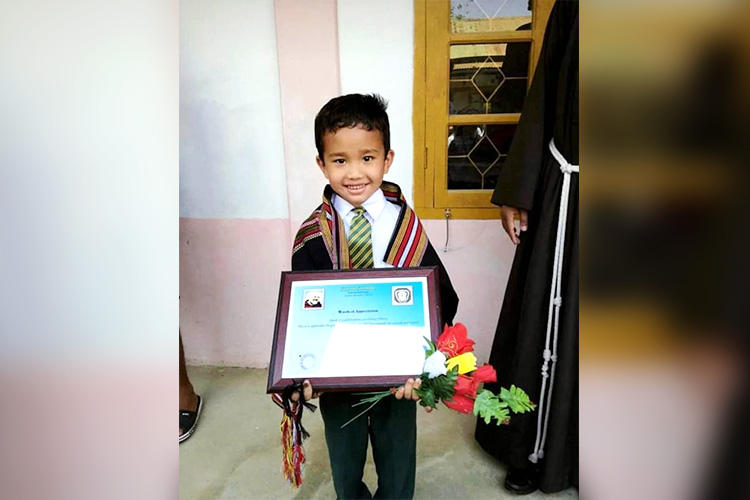 Derek C Lalchhanhima was honoured at the school.

Sanga wrote, “I guess by now you all know who this adorable kid is. Derek C Lalchhanhima (age 6) is being honoured by his school and he is draped in a shawl, which is a traditional way of honouring someone among Mizos. In Mizo tradition different types of shawls are usually presented to esteemed guests and in olden days, to pasalțha (braves or warriors) who have accomplished great feats. The shawl that is draped on him looks like a modified version of the 'Tawlhloh Puan,' an honour given to those who have exemplified extraordinary courage.”

The empathy of the little boy to save a life makes one of the touching stories we have come across in recent days.