‘I didn't see any emotion on his face,’ says Christchurch shooting survivor - GulfToday 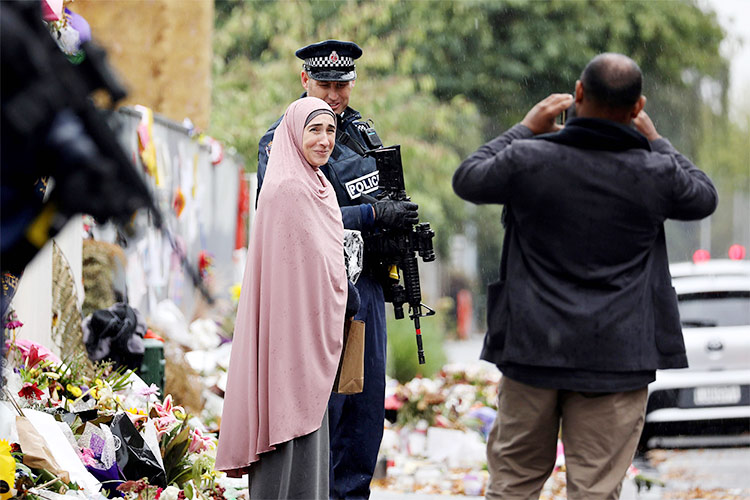 Members of the Muslim community take pictures with an armed police officer outside the Al Noor mosque in Christchurch. AFP

The man accused of shooting dead 50 Muslim worshippers in a Christchurch mosque sat impassively Friday as a New Zealand judge ordered him to undergo tests to determine if he is mentally fit to stand trial for murder.

Survivors and relatives of those killed in the March 15 attacks packed into a Christchurch courtroom as alleged gunman Brenton Tarrant appeared via audio-visual link from a maximum-security prison in Auckland.

Survivor Tofazzal Alam lay down in the Linwood mosque to avoid being shot during the attack and never saw the gunman up close.

"I wanted to see him because he killed so many of my friends. He looks crazy and it was very upsetting," he said after the hearing.

"I'm very upset to see him. He killed 50 people and he doesn't look like he's bothered. I didn't see any emotion on his face."

The 28-year-old Australian faces 50 murder and 39 attempted murder charges over the shootings at two mosques, which shocked the world and rattled normally peaceful New Zealand.

High Court judge Cameron Mander ruled during the brief hearing that Tarrant would be examined by two health assessors to determine "whether he is fit to stand trial or insane."

The suspect — a self-avowed white supremacist — sat motionless throughout the hearing, listening intently to proceedings. 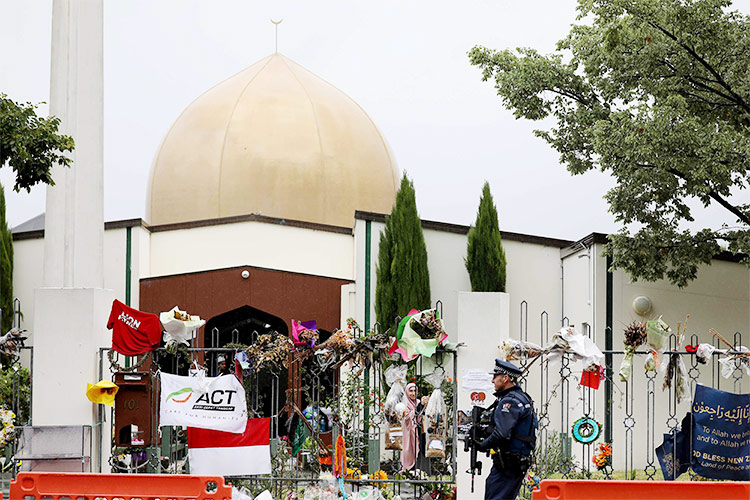 He was not required to enter a plea and was remanded in custody until his next court appearance on June 14.

About 50 people were in the court's public gallery to catch a glimpse of the man charged with the deadliest massacre in modern New Zealand history.

While the public gallery could see Tarrant on screen, the position of the camera in court ensured his view from prison was restricted to the judge and lawyers.

For most, Tarrant's appearance on screen was the first chance to see the face of the man accused of gunning down their loved ones in cold blood.

Yama Nabi, whose 71-year-old father was killed, went to bear witness on behalf of his "heartbroken" family.

"I just wanted to see his face... it's not going to bring the loved ones back. I was like (he's a) coward," he told reporters outside the court.

Ahead of the shooting, Tarrant posted a rambling manifesto on social media in which he identified himself by name and described himself as a white supremacist out to avenge attacks in Europe perpetrated by Muslims.

He live-streamed himself as he opened fire in the packed Al Noor mosque during Friday prayers and then travelled across town to continue the carnage in the suburban Linwood mosque.

Tarrant was initially charged with one murder count as a holding measure when he made his first court appearance a day after the killings.

However, the charges were updated Friday to include the names of all 50 who were killed in the attack and 39 others who were wounded. 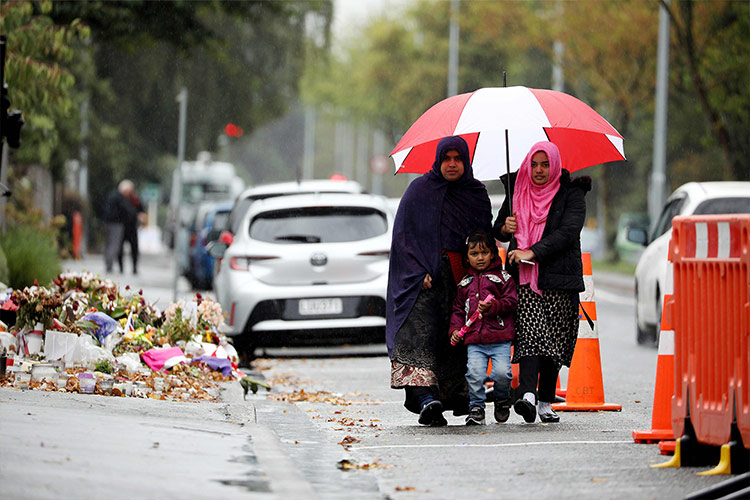 Tarrant had sacked a court-appointed lawyer after the initial court appearance, raising fears he wanted to represent himself and attempt to use any trial as a right-wing propaganda platform.

However, two Auckland lawyers, Shane Tait and Jonathan Hudson, appeared in court Friday on his behalf.

Judge Mander barred media from filming or photographing proceedings and reiterated an existing ruling that Tarrant's face must be pixillated in images taken during his previous court appearance.

He also ordered the names of the 39 attempted murder victims to be suppressed, saying identifying them could hinder their recovery, and ruled a summary of the prosecution's allegations would not be made public as it contained sensitive information.

The government has also said it will review laws dealing with hate speech and called for social media giants to do more to combat online extremism.

The latest update from health authorities earlier this week said 24 people remained in hospital after the attacks, four of them critical, including a four-year-old girl.