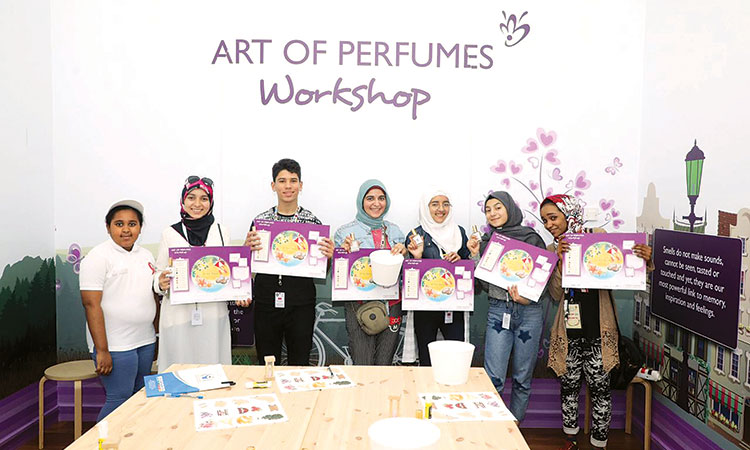 A group picture of participating children at the workshop.

The reception was organised prior to the opening ceremony of the Parliament’s permanent headquarters, which is hosted by Sharjah, where the inaugural session will convene on Sunday.

The event was also attended by the male and female members of three entities of Sharjah Children, Sharjah Youth and Sajaya, in addition to 56 children representing 14 Arab countries, who familiarised themselves with Sharjah’s tremendous efforts and the great attention it gives to children and youth.

In the morning, children were treated to a fun-filled programme featuring training and interactive workshops that were designed to cultivate the spirit of teamwork and cooperation among participants. Among these activities, was a workshop titled,‘I am a Leader’, which was tailored to introduce children to the merits and qualities of leaders, thus enabling them to discover their leadership characteristics, while the ‘Networking’ workshop was conducted to help children know each otherbetter, before they engaged in problem-solving group activities where they worked together like one team.

Another workshop was conducted to teach children the traditional Emirati handcraft ‘Talli’, using  recycled coloured threads. The Talli workshop was carried out by the ‘Irthi’ Contemporary Crafts Council, a subsidiary of Nama Women Advancement Establishment.

In another workshop, children learned how to make perfumes and to distinguish between different brands. Children were also treated to a collection of film screenings that were held in collaboration with FUNN, the Sharjah-based foundation dedicated to promoting media arts among children and young people in the UAE.

In the evening, the delegation of Arab children toured the premises of Sajaya Young Ladies, where they attended an inspiring session that brought together the members of Sharjah ChildrenShura Council and their counterparts, from the Sharjah Youth Shura Council. 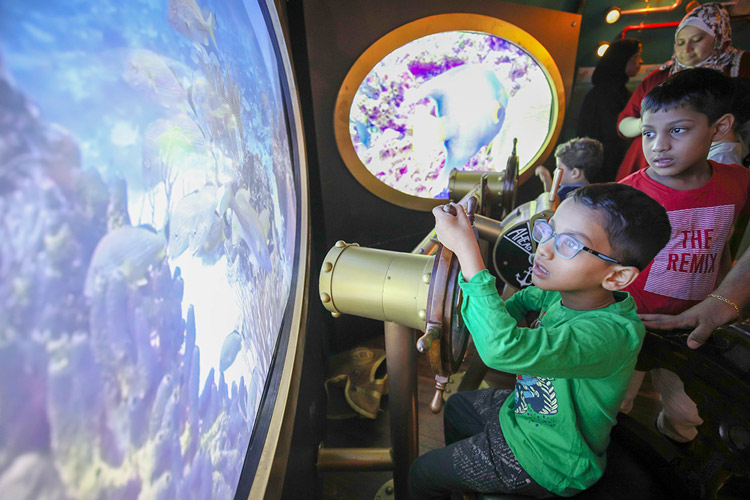