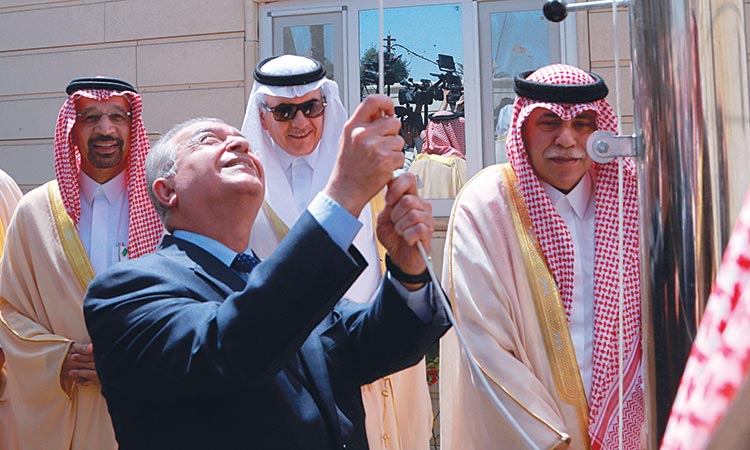 Iraq Foreign Minister Mohamed Alhakim raises the Saudi flag during the opening ceremony of the Saudi consulate in Baghdad on Thursday. Associated Press

BAGHDAD: Iraq says Saudi Arabia has opened a consulate in Baghdad for the first time in nearly 30 years in a sign of improving ties.

The consulate, which will issue visas to Iraqis, was opened during a two-day visit by a delegation headed by the Saudi minister of commerce and investment, Majid Bin Abdullah Al Qasabi.

Iraqi Foreign Ministry spokesman Ahmad Sahhaf said the consulate was opened Thursday inside the heavily fortified Green Zone. He says the move is expected to benefit both countries.

Saudi Arabia cut ties with Iraq when it invaded Kuwait in 1990.

Saudi Arabia’s trade minister announced a one-billion-dollar aid package for Iraq during a visit to Baghdad on Thursday, pledging stronger bilateral ties as the kingdom competes with rival Iran for influence over Iraq.

Majed Al Qasabi also inaugurated a new Saudi consulate in Baghdad, one of four planned branches to open in Iraq after decades of no diplomatic links between the two countries.

“There’s no doubt that this exchange, this discussion, is a two-way street that will strengthen these ties,” said Qasabi, wrapping up a two-day visit.

Saudi Arabia would provide Iraq with $1 billion in loans for development projects, said Qasabi, plus $500 million to boost exports and a gift of a 100,000-seat sports stadium to be built on Baghdad’s outskirts.

A joint Saudi-Iraq business council also proposed dozens of opportunities in Iraq for Saudi private investors and a free trade zone along the desertic border between the two countries, he said.

Ghadban said the council had prepared “memoranda of understanding that will be signed in Riyadh during the upcoming visit of Iraq’s prime minister.”

Iraq is caught in a tug-of-war over influence pitting Iran against the United States and Saudi Arabia.

Iran is the second-largest supplier of imported goods to Iraq and also has deep-rooted political influence in the country, particularly over Shiite factions. 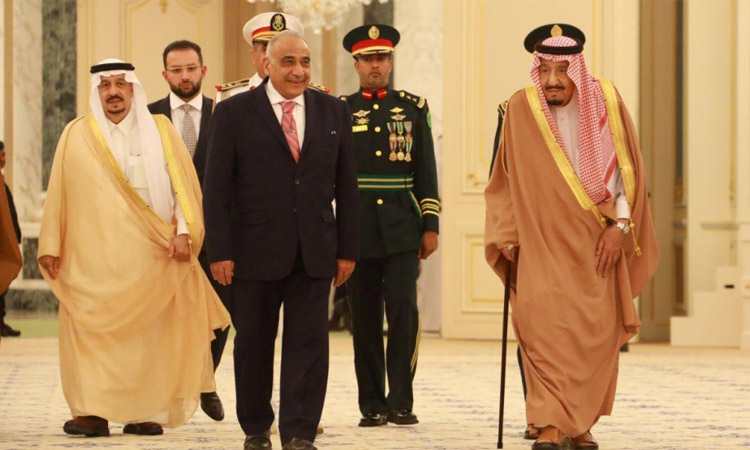