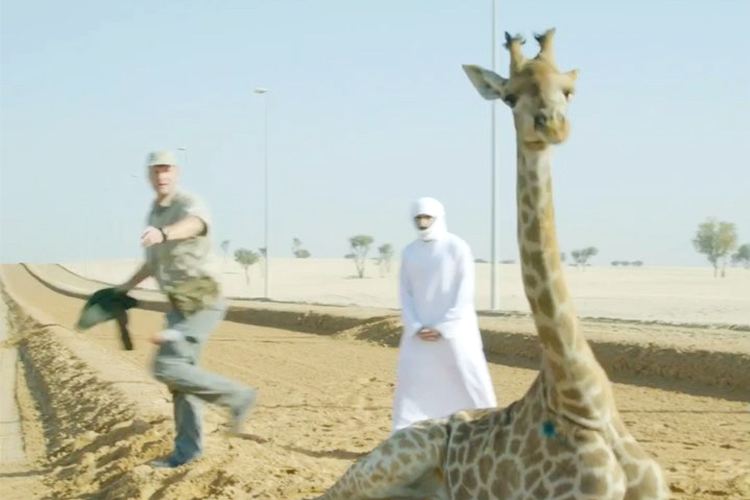 Sheikh Hamdan praised the efforts of the experts in handling the issue.

DUBAI: Sheikh Hamdan Bin Mohammed Bin Rashid Al Maktoum, Crown Prince of Dubai, published a video of a giraffe whose hooves were trimmed by a conservationist team led by him, on his Instagram account on Tuesday.

The video showed how Sheikh Hamdan and the conservationist team traced the giraffe and sedated the animal.

The giraffe was roped to safety. The experts then gave the animal a good pedicure. The tall animal was later back on its feet, galloping away into the vicinity.

A giraffe’s hooves perform many functions, including supporting the animal’s weight. In the wild, the hooves wear off naturally depending on the soil. But sometimes, when they don't wear off, the animal immediately needs the trim.

Sheikh Hamdan, who is an avid nature and animal lover, shares videos and pictures of his activities from around the globe.