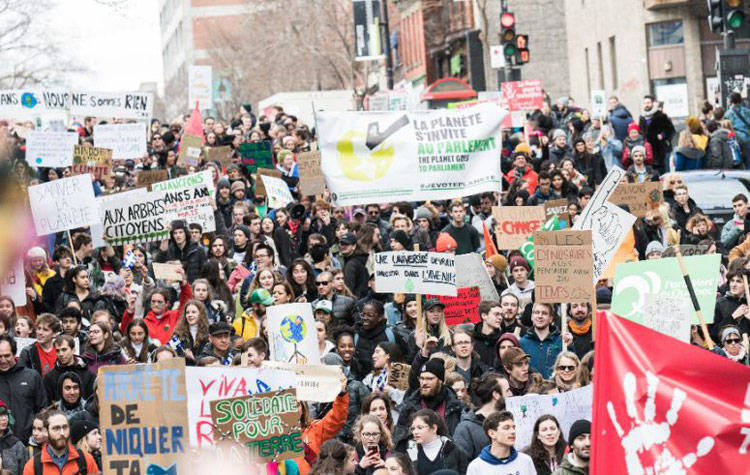 Thousands of protesters flood the streets of Montreal during the march for climate. File photo/ AFP

MONTREAL: Canada is experiencing warming at twice the rate of the rest of the world, with the effects most pronounced in the country's north, according to a new government report cited by local media on Monday.

Average temperatures have risen by 1.7 degrees Celsius (3.1 degrees Fahrenheit) since 1948, or about double the global average of 0.8 degrees Celsius, and “will warm further in the future, driven by human influence,” according to a report by Environment and Climate Change Canada, which will be made public on Tuesday.

In northern Canada, approaching the Arctic Circle, temperatures rose on average by 2.3 degrees Celsius over the same period.

The country-wide figure could reach as high as six degrees Celsius by the end of the century, according to scientific projections.

“Scenarios with limited warming will only occur if Canada and the rest of the world reduce carbon emissions to near zero early in the second half of the century,” the report warned.

The document is being released as the Liberal government headed by Prime Minister Justin Trudeau, who has made the environment one of his top priorities, imposed on Monday a greenhouse gas emissions tax on four provinces judged to have not taken the problem seriously enough.

The measure has angered conservatives, a few months ahead of national parliamentary elections in October.

As part of its commitments to the 2015 Paris climate change accord, Canada agreed to reduce by 30 percent its greenhouse gas emissions by 2030 compared to 2005 levels. 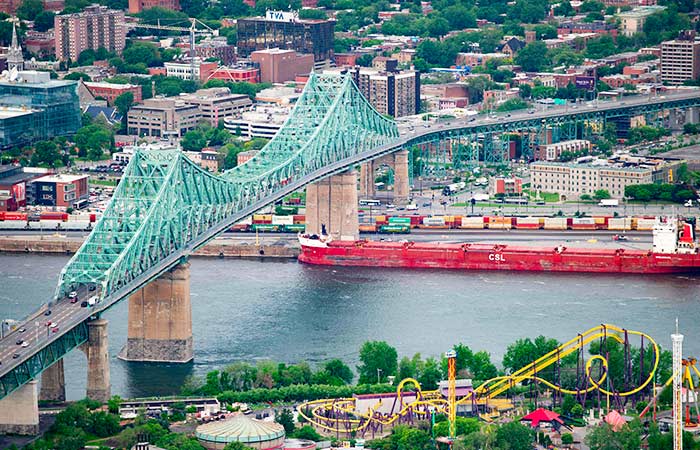