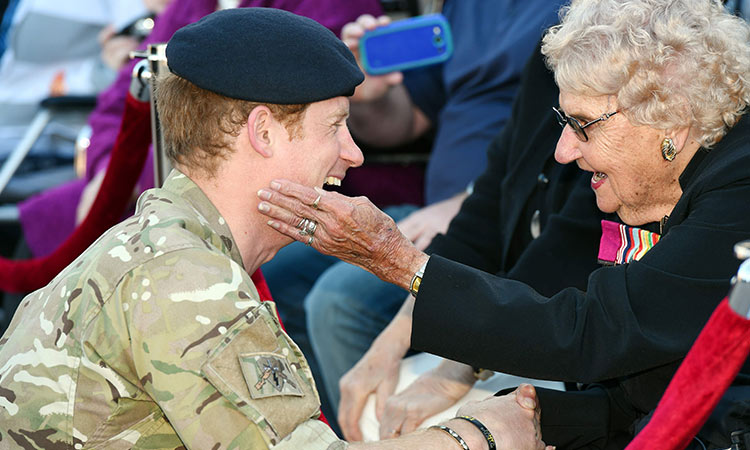 SYDNEY: A 99-year-old Australian war widow known as Prince Harry's "biggest fan" has died after a bout of pneumonia, her family said Tuesday.

In a statement posted on Instagram, Daphne Dunne's family said she had passed away peacefully at a hospital in Sydney on Monday, just days after turning 99.

Over the years, Dunne had been photographed multiple times greeting the Duke of Sussex on rope lines, including last October on the steps of the Sydney Opera House.

"The simple act of stopping Daphne in the street and holding her hand meant more... than anyone could ever imagine.

"We, her family, would like to thank everyone for the love and support they showed Daphne."

She had received a message from Prince Harry and his wife Meghan for her birthday just last week, which she said had "really made my day".

"Well I'm not out of hospital, but the letter has certainly made me feel better," she had told 7NEWS.

Harry first met Dunne in 2015 when he noticed her husband's war medals pinned to her chest.

Meghan is due to give birth to the couple's first child later this spring.