Know the truth about this picture of Pakistan’s president - GulfToday 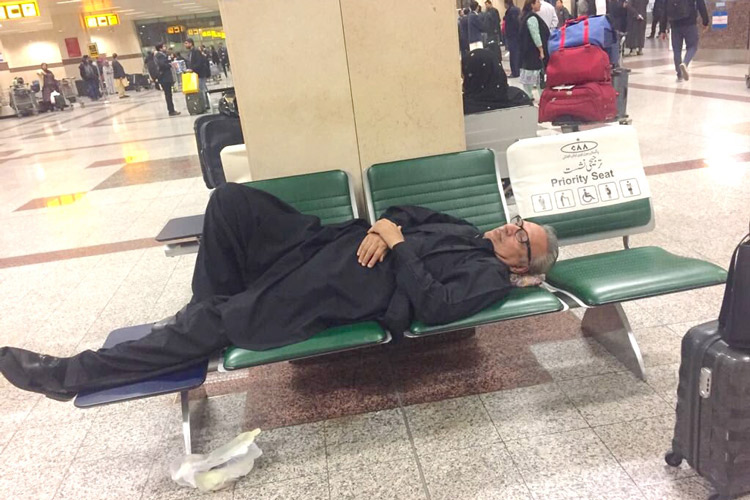 Arif Alvi lying down on chairs at the Lahore airport.

ISLAMABAD: A picture making the rounds on social media of President Arif Alvi lying down at the Islamabad Airport that has been widely ridiculed by online users who called him out for his public stunt. It is now proven that the picture was to be of a time well before his presidency.

Awab, son of the head of state, came forward, clearing the air on social media after a plethora of tweets were making rounds showing him lying down the waiting chairs at Islamabad Airport, subsequently becoming subject of memes poking fun at him for his publicity act.

The original tweet by the president had stated: "Flight from Lahore to Karachi 10 PM got cancelled because of fog. Waiting at Lahore airport since a couple of hours for PIA to let me know alternate flight or rescheduled time.”