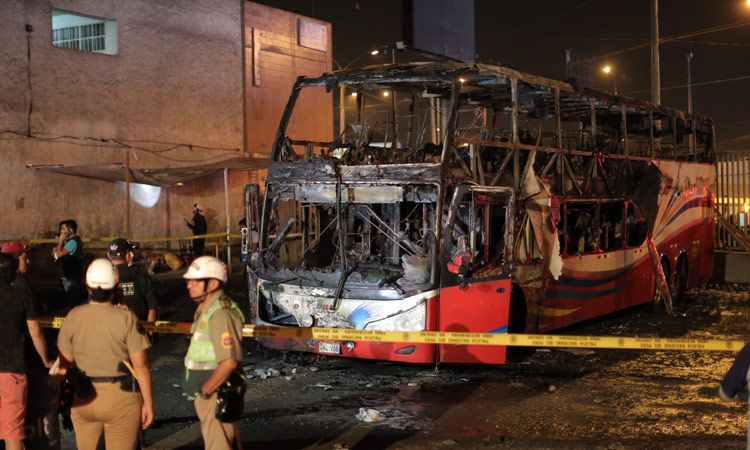 LIMA: At least 20 people were killed and about a dozen injured on Sunday night in a bus fire at a Peruvian transport terminal, the emergency services said.

A number of the victims died trapped on the second level of the interprovincial bus in the capital Lima, firefighters said, and passersby described scenes of panic and cries of terror.

Initial reports said an electrical fault at the rear of the vehicle triggered the blaze just after 7:30pm (0030 GMT Monday).

“The fire led to the deaths of at least 20 people,” said Lewis Mejia, a fire department official.

Authorities did not say how many people were on board.

The Civil Defense agency reported that firefighters and police extinguished the blaze, but the bus was destroyed.

It was one of the worst-ever public transport fires in Lima.

The blaze erupted at the Fiori terminal in Lima’s populous northern San Martin de Porres district, from where the bus planned to depart for the northern city of Chiclayo.

Sharjah Civil Defence controlled and put out the fire that erupted into the bus in just few minutes, with the help of police patrols and eased traffic movement to avoid congestion.