May considers fourth try to get Brexit deal through parliament - GulfToday 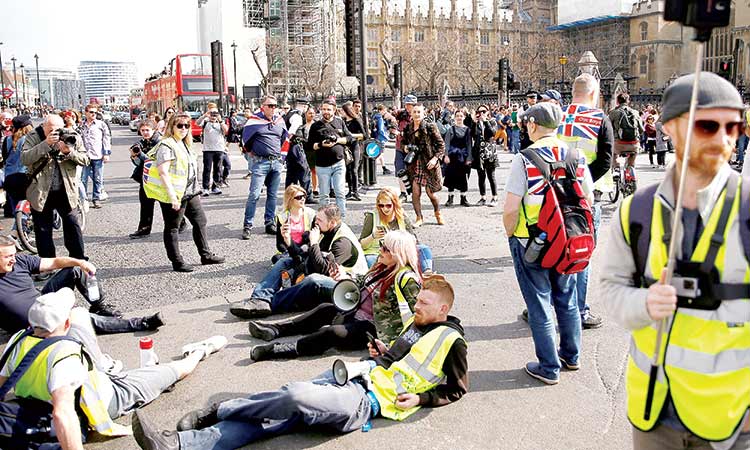 Pro-Brexit yellow vest protesters demonstrate outside the Houses of Parliament in London on Saturday. Reuters

LONDON: British Prime Minister Theresa May on Saturday mulled a possible fourth attempt to get her Brexit agreement through parliament, faced with the growing risk of a chaotic no-deal exit in less than two weeks’ time.

MPs on Friday resoundingly rejected May’s deal, although by a substantially lower margin than on two previous occasions in January and March.

“We believe the best way to respect the referendum is to deliver the deal,” Conservative Party chairman Brandon Lewis told BBC radio on Saturday.

Noting the growing support for her deal despite the defeat, May’s spokesman told reporters on Friday: “We are at least going in the right direction.”

MPs are due to gather again on Monday to consider possible changes to the deal that could ensure it is adopted, including support for closer economic ties with the European Union (EU) after Britain leaves.

The government is opposed to revisions of its Brexit strategy and May pointed out on Friday that any options would still require first that parliament approve her withdrawal agreement - the document spelling out the terms of the divorce.

The withdrawal agreement allows for a long transition period which would temporarily maintain the status quo to give individuals and businesses time to adapt to the future UK-EU relationship.

Three years after Britain voted to leave the EU in a historic referendum, the process is deadlocked by a stand-off between the government and parliament.

Thousands of flag-waving protesters rallied outside parliament on Friday to accuse MPs of betraying Brexit by delaying it, holding up signs saying “Give Our kingdom Back” and “Free Britain now.”

“Brexiteers” in May’s party oppose the deal because they believe it does not go far enough in severing ties with Brussels, while “Remainers” want closer ties with the EU, like Norway or Switzerland.

Some would prefer Brexit is stopped altogether.

Conservative MP Nicky Morgan, a former cabinet minister, told BBC radio that a government of national unity may be required to break the impasse.

“There have been periods in our history when we have had national unity governments or a coalition for a very specific issue,” she said.

Britain had been due to leave the EU on Friday, the long-heralded March 29 “Independence Day,” but with paralysis in parliament May asked European leaders last week for a little more time.

She now faces having to explain what happens next, after EU Council President Donald Tusk called a Brussels summit for April 10.

The EU has set a deadline of April 12 for a decision, with two likely options: Britain leaves with no deal at all, or agrees a lengthy extension to allow time for a new approach.

The prime minister has said it would be “unacceptable” to ask voters to take part in European Parliament elections in May.

MPs have repeatedly rejected a “no-deal” outcome, fearing catastrophe if Britain severs ties with its closest trading partner with no plan.

However, this remains the default legal option.

May should step down immediately after negotiating a temporary extension to Britain’s European Union membership, the Daily Telegraph newspaper said in its Saturday edition.

“She must now see - or must be told - that while she can meet with the EU to negotiate an extension for Brexit, that is the natural end of the road. She must then bow out, for the sake of Brexit, for her party and for democracy itself,” the newspaper said in an editorial column.

The Telegraph has traditionally been seen as the preferred newspaper of members of May’s Conservative Party.

On Wednesday May told Conservative lawmakers that she would resign as leader if parliament approved her Brexit deal, which would take Britain out of the EU and pave the way for talks on a future trade agreement.

However, the prospect of a new prime minister to lead the next stage of Brexit negotiations was insufficient to win over lawmakers on Friday, some of whom fear her deal would leave Britain tied to the EU if future trade talks collapse. 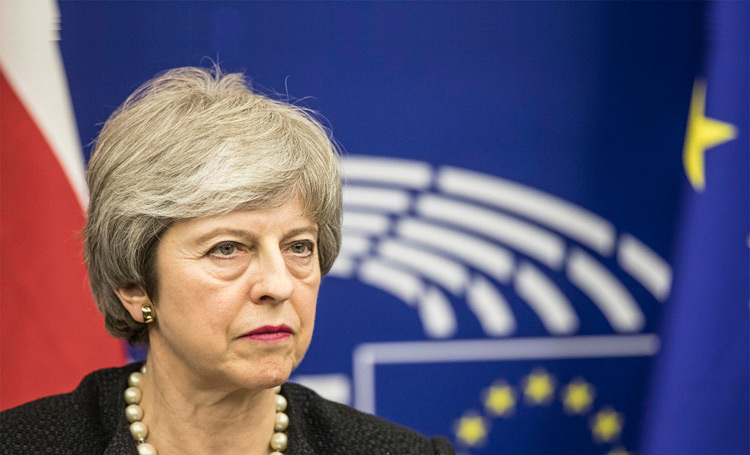 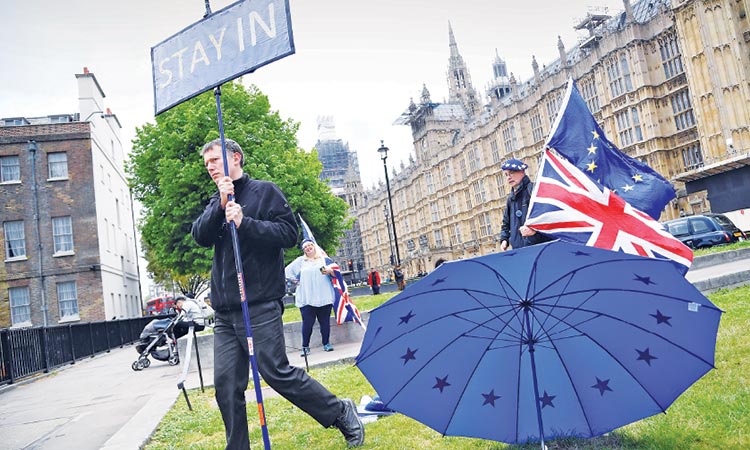