Protesters gather in Algiers as Bouteflika clings to power - GulfToday 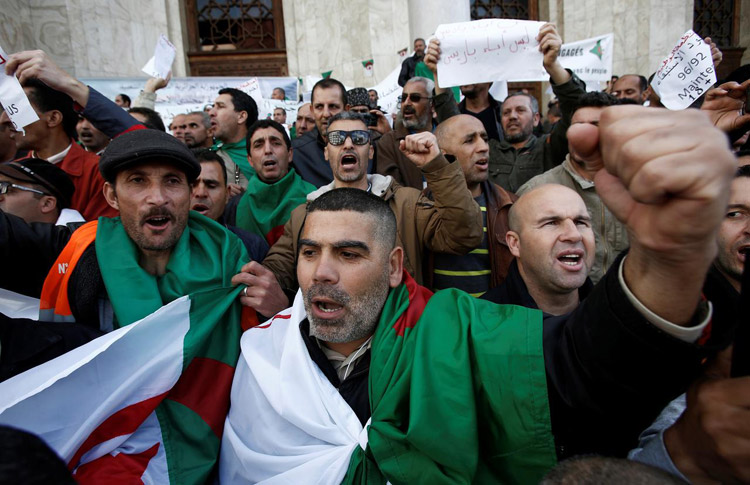 Protesters shout slogans during a protest to demand the resignation of President Abdelaziz Bouteflika in Algiers on Thursday. Ramzi Boudina/ Reuters

ALGIERS: Thousands of protesters gathered in central Algiers on Friday, piling pressure on President Abdel Aziz Bouteflika to resign days after the country's powerful military called for his removal.

The army chief of staff, Lieutenant General Ahmed Gaed Salah, on Tuesday asked the constitutional council to rule whether the ailing 82-year-old president is fit for office.

Bouteflika, facing the biggest crisis of his 20-year-old rule, has failed to placate Algerians by reversing a decision to seek a fifth term.

Protesters have ambitious demands. They want to overthrow an entire political system and replace it with a new generation of leaders capable of modernising the oil-dependent state and giving hope to a population impatient for a better life.