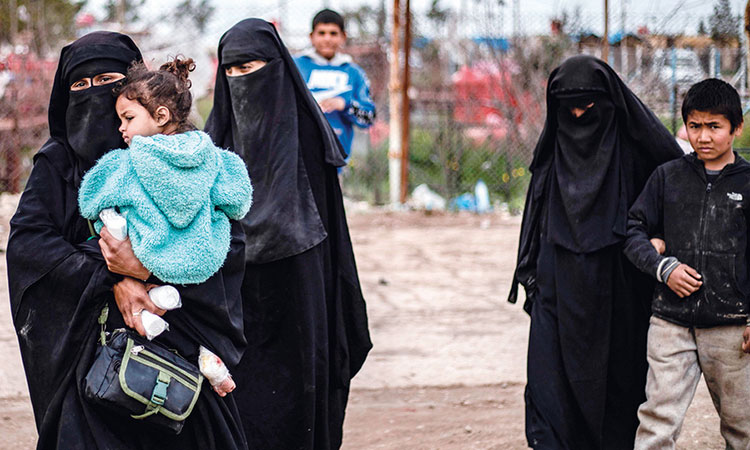 Washington: The US-led coalition battling Daesh militants in Syria and Iraq admitted Thursday that at least 1,257 civilians had been killed in air strikes since Operation Inherent Resolve began in 2014.

The international coalition said in a statement it had conducted 34,038 strikes between August 2014 and the end of February this year.

“At least 1,257 civilians have been unintentionally killed by Coalition strikes since the beginning of Operation Inherent Resolve,” it said.

The coalition also announced in a statement that it had received 147 reports of possible civilian casualties and reviewed only one, in February, which it found to be credible.

That one credible report refers to a Sept.13, 2017 bombing on a munitions factory near Rawa, Iraq. Two civilians were wounded, the coalition said.

The other 146 reports are still open. Five which had been closed and deemed not credible have been reopened “due to new information.”

Airwars, an NGO which monitors civilian casualties from air strikes worldwide, estimates that at least 7,595 civilians have been killed in coalition bombing raids − well in excess of the total acknowledged by the coalition.

The Rawa incident was signaled to the coalition by Airwars.

The tally offered by the coalition does not take into account air strikes in recent weeks against the last Daesh fighters.

The group’s “caliphate” across parts of Iraq and Syria was declared eliminated on March 23.

Meanwhile, General Frank McKenzie on Thursday took over the leadership of the US Central Command, which oversees US military operations in countries including Syria and Afghanistan.

At a ceremony led by Acting US Defence Secretary Patrick Shanahan, McKenzie pledged to continue the work done by his predecessor, General Joseph Votel, who is retiring.

Votel for his part said that while the Daesh group had lost its “caliphate” and peace talks with the Taliban appeared to be progressing, the US military presence in Syria and Afghanistan was still necessary.

“It is time to bring these conflicts to a conclusion. This won’t be as quick as anyone would like, but it can be done if we continue to keep our objectives and interests in mind, trust our partners, and enable our forces,” Votel stressed.

McKenzie, 62, is familiar with Afghanistan after being twice deployed there, and has also served in Iraq.

During his confirmation hearing in early December, he voiced concern about a premature military withdrawal from Afghanistan, where local forces took over at the start of 2015, succeeding Nato troops helping in the fight against the Taliban.

Separately, researchers said on Thursday that millions of Syrian women who have fled the eight-year war are stuck in a “legal limbo”, unable to own or reclaim land when they go home, driving some to marry off their underage daughters to acquire property.

Swathes of Syrian towns and cities have been destroyed - displacing about half of the pre-war 22 million population - along with land and civil registries, making it difficult for those who have lost, or never had, documents to get them.

Women are hardest hit as they often depend on men, whose names were typically on land documents and may have died or disappeared, experts told a World Bank conference this week.

“Women in Syria already deal with a discriminatory legal framework, with Sharia law for example only giving them half of men’s share of land in case of inheritance,” said Laura Cunial, a legal expert at the Norwegian Refugee Council (NRC).

“Now they are even worse off. Most land has been destroyed ... and what little is left to claim is largely out of women’s reach as they cannot provide the necessary documents to get property titles.”

This is fuelling child marriage, as many women are “desperate to marry their daughters to landowners so they have a roof over their head,” Cunial said.

Only 4 per cent of female refugees surveyed by NRC in Jordan and Lebanon had property in Syria registered in their name.

Even before the war, property was often owned customarily and many urban residents lived in informal settlements. With millions displaced multiple times, land disputes are common.