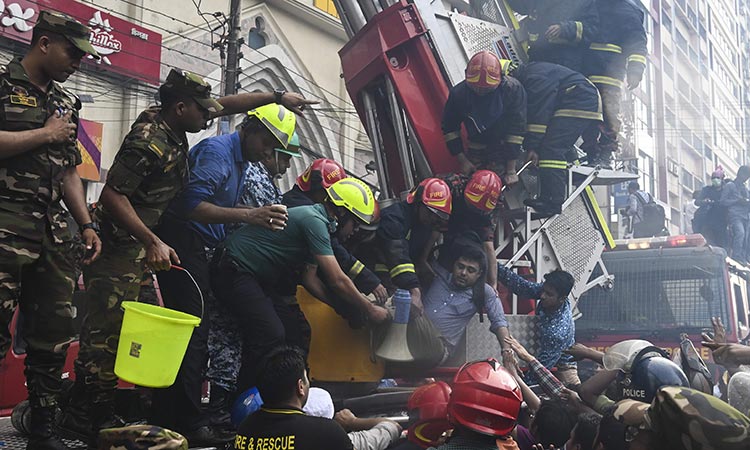 DHAKA: Desperate workers leaped to their deaths as a huge fire tore through a Dhaka office block Thursday, killing at least 19 people and trapping others in the latest major inferno to hit the Bangladesh capital.

Rescue workers warned the death toll could rise sharply as fire fighters recovered charred bodies from the complex where an unknown number of office workers were engulfed by intense smoke and flames.

At least six people died after jumping from the 22-floor building, officials said.

Dhaka police chief Asaduzzaman Mia told reporters at least 73 people were injured and being treated in hospitals across Dhaka.

People were seen screaming for help as hundreds of panicked onlookers crowded the streets of the upmarket Banani commercial district. 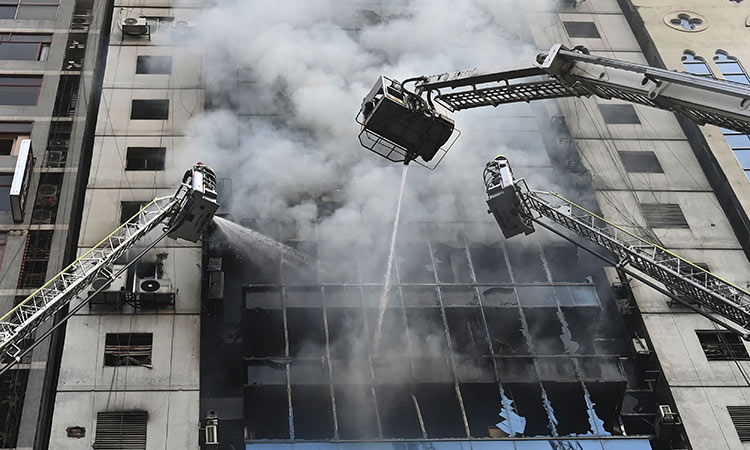 Some workers slid down a television cable on the side of the building. Others grabbed ropes lowered by emergency service helicopters which pulled them out of the blaze.

The inferno erupted barely a month after at least 70 people were killed in Dhaka apartment buildings where illegally stored chemicals exploded.

The latest disaster brought new scenes of horror amid fears that the toll would rise. More than 100 ambulances were parked in streets around the building.

Shoikot Rahman heard colleagues raise the alarm and ran to safety before smoke and flames engulfed the building.

"When I heard a fire broke out in the building, I quickly rushed out," he told AFP. "Many of my colleagues are still trapped in the office." Firefighters on long ladders smashed windows to create escape routes. More than one hour after the blaze erupted people could still be seen on the 13th and 14th floors desperately waving for help amid clouds of black smoke.

At least 73 people were injured and being treated in hospitals across Dhaka.

Army helicopters dangled ropes that victims grabbed so they could be lifted to safety, with crowds below cheering and applauding every time someone was rescued.

Three hospitals reported that six men and women had died or arrived with fatal injuries after jumping from the office block. They included a Sri Lankan man whose body was taken to the army's Kurmitola Hospital.

Dilkhosh Ahmed at the Banani Clinic said one of the victims had attempted to use the television cable to climb down, but slipped and fell around the eighth floor.

A seventh death from burns was recorded at the Dhaka Medical College hospital.

Helicopters were deployed to drop water on the blaze as scores of firefighters backed by navy and air force specialists struggled to bring it under control.

A top fire official said the flames had been stopped from spreading to adjoining buildings.

Onlookers gather around during a blaze in an office building in Dhaka on Thursday. Munir Uz Zaman / AFP

Firefighters on ladders work to extinguish a blaze in an office building in Dhaka on Thursday. Munir Uz Zaman / AFP

A person is being rescued as fire broke out at a multi-storey commercial building in Dhaka on Thursday. Mohammad Ponir Hossain / Reuters

A survivor reacts after being rescued by firefighters. Munir Uz Zaman / AFP

Firefighters try to extinguish a blaze in an office building in Dhaka on Thursday. Munir Uz Zaman / AFP

"Teams have entered the building and they are scouring the floors for any remaining victims. The building did not have fire fighting equipment," said Lieutenant Colonel Julfikar Rahman of the Dhaka fire service told reporters.

Rescue crews were soon discovering bodies and carrying them out one after the other in white bags.

Some workers told of risky escapes.

"My uncle and two more people jumped from their floor. His hand and leg are broken and his eye is damaged," one man said without giving his name.

A man who gave his name as Jico said he had been working on the 19th floor. "The fire started in a restaurant on the sixth floor. We ran to the roof as soon as we heard about it and then used a wooden plank to get over to the next building." Fire disasters regularly hit Bangladesh's major cities where safety standards are notoriously lax.

A massive blaze in Dhaka's old quarter on February 21 killed at least 70 people and injured 50 others.

My uncle and two more people jumped from their floor. His hand and leg are broken and his eye is damaged. 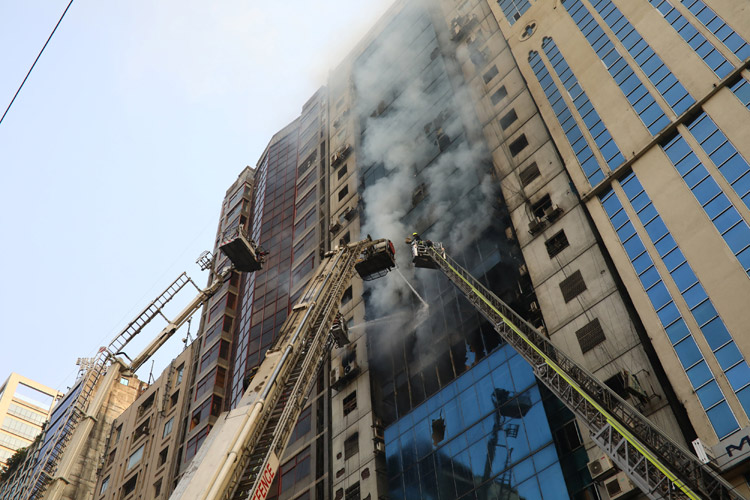 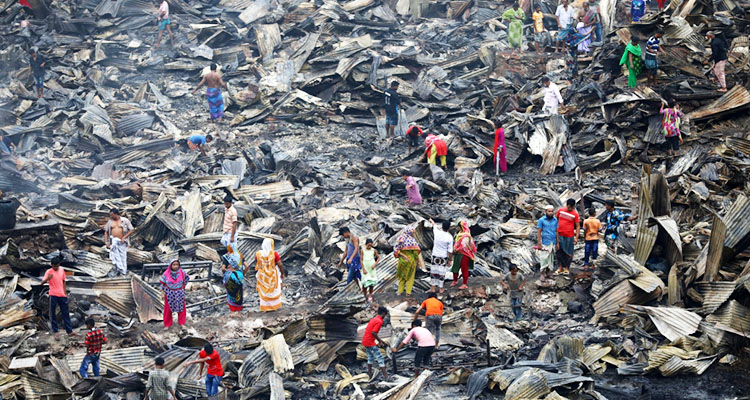 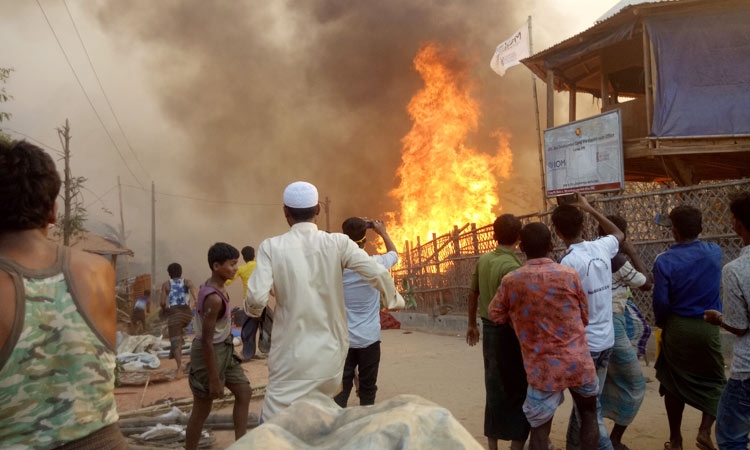