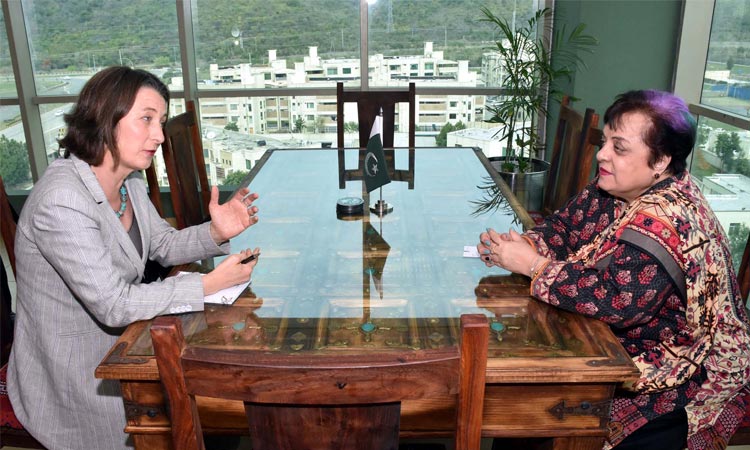 Diplomatic row erupted over peace talks between US and the Taliban in Afghanistan. Twitter photo

ISLAMABAD: A Pakistani minister has branded the US ambassador to Kabul a "little pygmy" in a high-level diplomatic Twitter row that erupted over ongoing peace talks between Washington and the Taliban in Afghanistan.

The furore underscores the delicate balance of regional tensions as the US steps up a push to find a way out of Afghanistan, more than 17 years after the invasion.

It began after Pakistani Prime Minister Imran Khan reportedly suggested an interim government in Afghanistan to help smooth the talks process, making the comment during a briefing with local reporters on Monday.

Kabul recalled its ambassador on Tuesday, and the Pakistani foreign office tried to downplay Khan's comments on Wednesday, saying they had been reported "out of context... leading to an unwarranted reaction."

But shortly after US ambassador to Afghanistan John Bass issued a tweet rebuking Khan while alluding to his past as captain of Pakistan's World Cup-winning cricket team and numerous cheating scandals in the sport involving Pakistani players.

"Some aspects of #cricket apply well in diplomacy, some do not. @ImranKhanPTI, important to resist temptation to ball-tamper with the #Afghanistan peace process and its internal affairs. #AfgPeace," the tweet read.

Pakistanis outraged at the snub to their leader from a foreign envoy in another country took to Twitter in response — including Khan's minister for human rights, Shireen Mazari.

"Clearly you little pygmy your knowledge of ball tampering is as void as your understanding of Afghanistan and the region! Clearly in your case ignorance is certainly not bliss! Another sign of Trumpian mischief a la Khalilzad style!" she wrote, referring to the US envoy leading the peace talks, Zalmay Khalilzad. 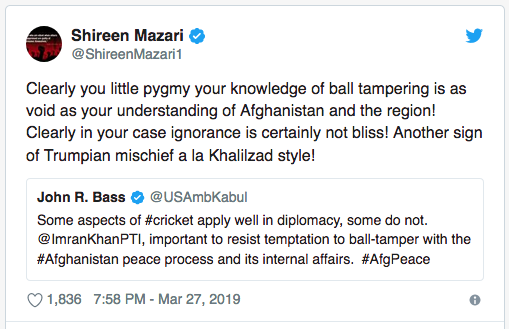 When the Twitterverse accused her of violating diplomatic norms, she doubled down.

"Haha! Haters gonna hate! But seriously what diplomatic norms? US dips have been violating them all day today from Zalmay to this moron!" she wrote in response to one critic.

The Taliban have long refused to speak with Kabul, deeming the administration of President Ashraf Ghani — who is seeking re-election this year — puppets of the West. 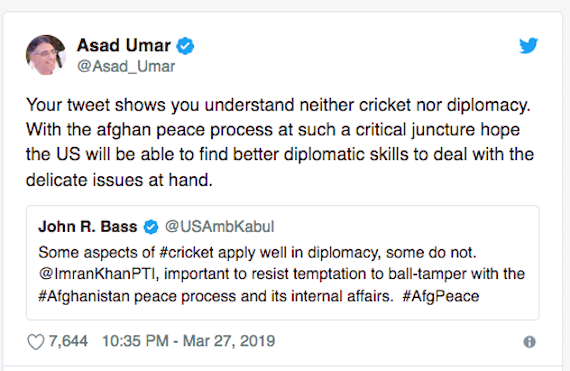 The US insists that it is negotiating with the insurgents on Afghan peace talks, but fears are sharp in Kabul that the government is being sidelined from its own peace process in Washington's rush to exit.

Many predict a US withdrawal before any peace deal is done with Kabul could see the Taliban return to some semblance of power in Afghanistan, or for the fighting to fracture into a full-blown ethnic civil war.