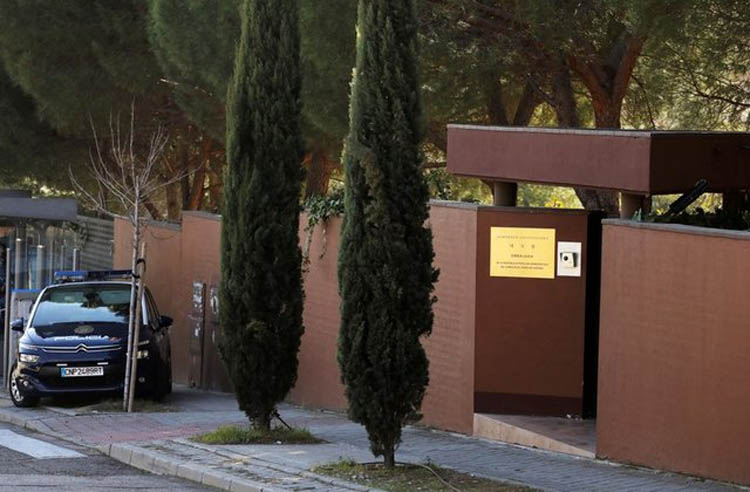 SEOUL: A dissident group accused of breaking into North Korea’s embassy in Madrid said on Thursday it was temporarily suspending operations, after a Spanish judge issued international arrest warrants for two suspected intruders now believed to be in the United States.

A shadowy group called Cheollima Civil Defense, also known as Free Joseon, acknowledged on its website late on Tuesday that it was behind the incident but said it was not an attack and that the group had been invited into the embassy.

In a statement on its website on Thursday, Cheollima Civil Defense said that while it has “bigger tasks ahead,” it had temporarily suspended work because of “speculative” media reports.

“We ask the media to restrain itself in its interest in our organization and its members,” the statement said, noting that the group’s membership includes North Korean refugees, but that it had not recently contacted defectors living in South Korea.

A judicial source said on Wednesday that warrants were issued for the group’s alleged leader and another suspect after an investigation by a Spanish court found that they broke into the embassy, tried to persuade an official to defect and then stole computer equipment.

The suspected leader has been identified by the court in an official document as Adrian Hong Chang, a Mexican citizen who is a US resident.

The other suspect sought in the arrest warrant is Sam Ryu, who is a US citizen of Korean descent.

According to the court’s official document, which was made public on Tuesday, Hong Chang is believed to have travelled to the United States a day after the raid and contacted the Federal Bureau of Investigation to pass on information about it.

It was unclear how the court knew that the man had contacted the FBI, which said on Tuesday it is “our standard practice to neither confirm nor deny the existence of an investigation.”

An authoritative US government source said on Wednesday that the FBI received the names of the alleged embassy intruders from Spanish investigators and was looking into the matter at the request of Spanish authorities.

Other Spanish judicial sources told Reuters the two arrest warrants are likely to be the first of several as there were believed to have been ten intruders.

The other suspects include South Korean citizens.

Lee Wolosky, an American attorney who represents Cheollima Civil Defense, said in a statement on Wednesday that the Spanish court “purported to reach conclusions without any input from representatives” of the group.

He said it was irresponsible of the court “to disclose publicly the names of people who are working in opposition to a brutal regime that routinely and summarily executes its enemies.”

The US State Department has said the US government was not involved in the raid and did not immediately respond to a request for comment on the Spanish arrest warrants.

Three of the intruders took an embassy official into the basement and tried to convince him to defect. They identified themselves as members of a group who campaigned for the “liberation of North Korea,” the Spanish court document said.

The document gave a detailed account of the intruders’ movements before as well as during the intrusion, including their stay in a hotel and purchases of knives, balaclava masks and fake guns.

The embassy raid occurred shortly before the Feb.27-28 summit between North Korean leader Kim Jong Un and US President Donald Trump in Hanoi.

The group kept embassy staff tied up for several hours and then searched the premises for arms before leaving, at which point they separated into four groups and headed to Portugal, the document alleged.

Hong Chang then flew from Lisbon to New York. His current whereabouts was unknown, the document said.

In Spain the High Court has the power to investigate criminal offences, after which formal accusations are launched.