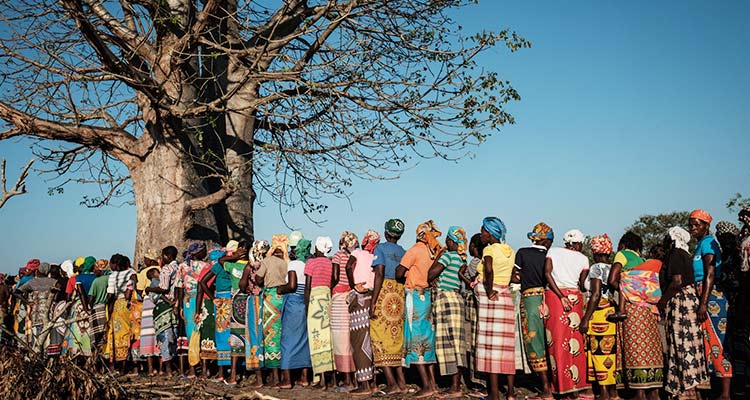 Women wait in a line to receive relief supplies from South Africa's disaster relief organisation Gift of the Givers after the area has been isolated by the Cyclone Idai in Estaquinha.

HARARE: Over 40,000 families are facing food shortages after cyclone Idai ravaged the eastern and southern parts of Zimbabwe recently, a cabinet minister said on Tuesday.

Local Government, Public Works and National Housing Minister July Moyo said the death toll stood at 179 and could go up as more than 300 people were still missing. Also, as many as 186 were injured, 38 of them seriously, in the cyclone.

The cyclone hit Zimbabwe from neighbouring Mozambique mid-March, killing people and leaving a trail of destruction.

"The government was continuing with relief efforts to ensure affected communities are provided with aid.

Share
The Xinhua news agency quoted the minister as saying.

He also denied reports that food aid was being distributed in a partisan manner in favour of ruling ZANU-PF supporters. The distribution systems were free of any political manipulation, he said.

"It really becomes unfortunate when sensationalisation of what is happening starts to take centre stage," he said.

As part of rescue efforts, the government had secured specially trained sniffer dogs from South Africa to help in searching for bodies, he said.

People wait in line for food.

Items are loaded in Johannesburg onto trailers attached to minibuses which make the 550 kilometres (340 miles) journey north to the border of zimbabwe, where economic situation has dramatically deteriorated.

People wait with goods on the side of the road in central Johannesburg for pickup by Malayitsha (transporters) to be taken across the border to Zimbabwe.

A cyclone which struck southern Africa has affected almost three million people, of whom nearly 500,000 have been driven from their homes.

Pushing inflation above 50 percent, and shortages of household essentials have become widespread.

With the government saying 40,064 households are food insecure, the World Food Programme said on Tuesday it planned to mount an emergency operation to provide food assistance to approximately 270,000 people affected by the cyclone.

Meanwhile, Primary and Secondary Education Minister Paul Mavima said up to 80 schools were affected by the cyclone. Some, including St Charles Luwanga School in Chimanimani where two pupils died, had been closed.

"Some of the affected schools will have to be relocated," he said.