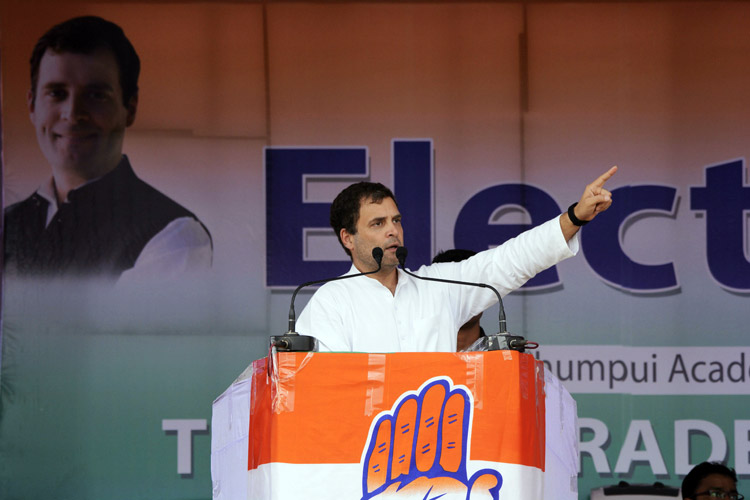 Rahul Gandhi, president of India's main opposition Congress party speaks during a public rally ahead of India's general elections at Khumulwng, on the outskirts of Agartala, the capital of northeastern state of Tripura on Wednesday. Arindam Dey/ AFP

NEW DELHI: With divisions persisting within Delhi unit of Congress over alliance with Aam Aadmi Party for the Lok Sabha polls, the decision on a tie-up would be taken by party chief Rahul Gandhi in the next few days, sources said.

They said that Gandhi held a meeting with senior leaders of Delhi amid suggestions that the two parties should come together to defeat the BJP.

While Delhi Congress chief Sheila Dikshit remains opposed to the alliance citing the long-term interests of the party, some other leaders are in favour of an understanding.

Gandhi and AAP leader Sanjay Singh had separate meetings with NCP leader Sharad Pawar last week and the issue of tie-up among opposition parties to avoid split of anti-BJP votes had figured during the discussions.