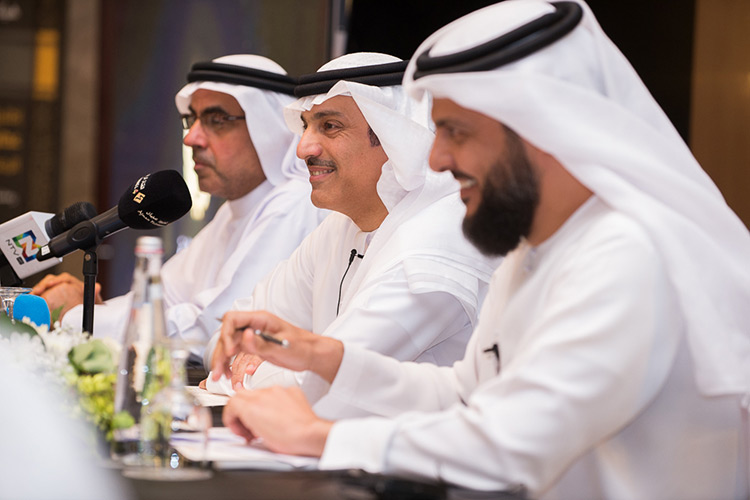 AJMAN: The Human Appeal International (HAI), Ajman, launched its annual Ramadan campaign on Monday with the aim to raise Dhs250 million, 18% more than the total sum collected last year. The campaign, themed ‘Your Giving is their Happiness,’ seeks to provide a diverse and comprehensive package of charity projects that deliver aid for needy impoverished families and orphans.

Sheikh Mohammed Bin Abdullah Bin Sultan Al Nuaimi, Chairman of the Board of Trustees of Human Appeal International and Member of the Federal National Council, said that this campaign benefits thousands of families.

He called upon donors to support the charity initiative by donating and providing assistance. This is particularly important for this year’s Ramadan, as it falls within the Year of Tolerance.

In 2018, Human Appeal International supported more than 2,600 locals. This year’s campaign will include the ‘Eid Smile for Locals’ which provides a full wardrobe for a large number of citizens — this is to bring these people both joy and pleasure while bolstering the charity’s role in the community.

Sheikh Mohammed Bin Abdullah Bin Sultan Al Nuaimi, said that the charity has completed the first stage of renovating the courtyards and entrances of the mosques of Ajman.

He said that their projects, campaigns, and activities focus primarily on the impoverished and needy, with a share set aside for countries that are undergoing exceptional circumstances, in an effort to help achieve the development of needy communities by improving their education, health, social, and economic situation.

The HAI Chairman said that the HAI expanded internationally in quality and quantity to provide for those in need, with 18 offices around the world in more than 16 countries. To achieve its humanitarian goals, the charity launched a number of successful projects including Sadaqa, Emergency Relief, projects for orphans, projects for teaching students, Takaful initiative, Zakat al-Fitr, Iftar al-Sa’em, Zakat al-Mal, charity projects, Eid clothing campaign and sacrifices for Eid — among other donations raised.

He said, “The Ramadan campaign is one of our largest endeavours, and preparations for the holy month began early — particularly in keeping in touch with benefactors and with those in need. Such efforts are to encourage UAE citizens and residents to donate so that the charity would deliver their donations to those who need the UAE and abroad.” He added that the charity’s work expresses the culture and values and the UAE’s people, and bolsters charity and humanitarian work in the country.

He said this year’s campaign will vastly differ from previous ones, as it will present a new charity initiative, the “Benefactors Fund,” with the charity and a dedicated workforce to ensure its success. The campaign’s target for the first half of 2019 is to have 20 accounts for establishments and individuals at an average of Dhs300,000 per account, for a total of Dhs6 million.

On this occasion, he also launched new website of the Human Appeal International, which will keep the supporters up-to-date via the new site or via their mobile devices.

Dr. Khalid Abdulwahab Al Khaja, CEO of the Human Appeal International, said that the Ramadan campaign is part of the charity’s commitment to helping those in need and to aiding in their happiness. He asserted that it has succeeded during the past years in accessing a large segment of eligible people through its Ramadan campaign, and that this campaign is a source of pride for the Human Appeal International.

Ramadan is a month of giving, a time for charity; giving to the less fortunate will be greatly appreciated. It can be in the form of money, or even food for Iftar. The United Arab Emirates’ government  entities organise a number of charitable programmes and activities across the UAE.