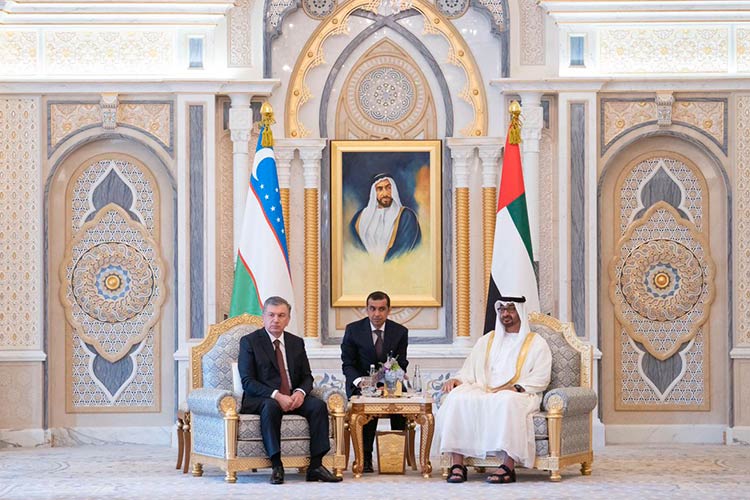 Sheikh Mohamed and Shavkat Mirziyoyev witnessed the ceremony of exchange of agreements at the Presidential Palace in Abu Dhabi on Monday. WAM

ABU DHABI: His Highness Sheikh Mohamed Bin Zayed Al Nahyan, Crown Prince of Abu Dhabi and Deputy Supreme Commander of the UAE Armed Forces, and Shavkat Mirziyoyev, President of the Republic of Uzbekistan, on Monday witnessed at the Presidential Palace the ceremony of exchange of protocols, Memoranda of Understanding (MoU) and programmes for strengthening joint partnerships and opening up new avenues for joint cooperation between the two countries. 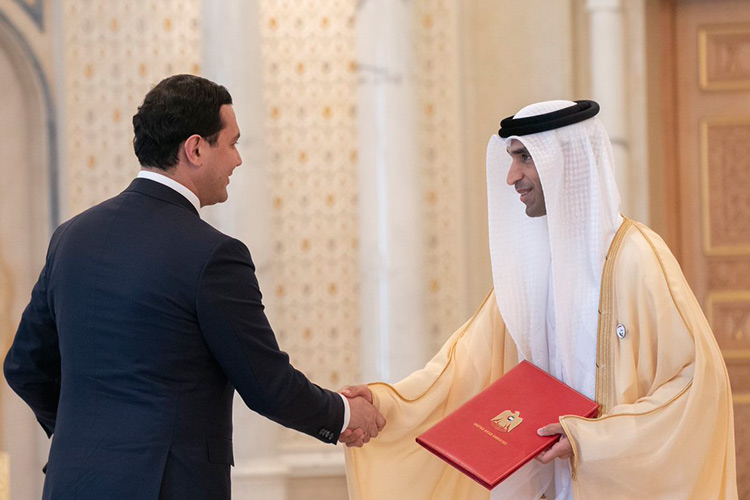 An agreement on a cooperation protocol between the UAE ministry and Animal and Plant Health Inspection Service of Uzbekistan was also signed.

A high-level Uzbek delegation including H. Sultanov, Advisor to the President; Elyor Ganiev, Deputy Prime Minister;Abdulaziz Kamilov, Minister of Foreign Affairs; Sardor Umurzakov, Minister of Investments and Foreign Trade; and Bakhtiar Khaderovic Ibrahimov, Ambassador of Uzbekistan to the UAE, and other Uzbek officials attended the ceremony..