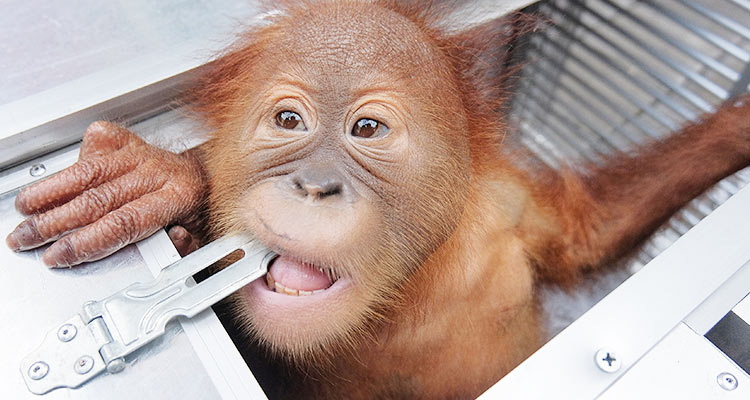 A two-year old male orangutan, which a Russian citizen attempted to smuggle out of Indonesia, looks out of a cage after being confiscated. Photo: Reuters.

DENPASAR: Authorities say they have arrested a Russian tourist who was attempting to smuggle a drugged orangutan out of  Indonesia`s resort island of Bali.

Ketut Catur Marbawa from Bali province's conservation agency says 27-year-old Andrei Zhestkov was captured late Friday at the airport after an X-ray found the 2-year-old male orangutan in a rattan basket inside his luggage.

He said that Zhestkok told authorities he deliberately fed the orangutan allergy pills mixed with milk, causing the animal to lose consciousness for up to three hours.

He told them he planned to re-dose the animal during a transit in Seoul.