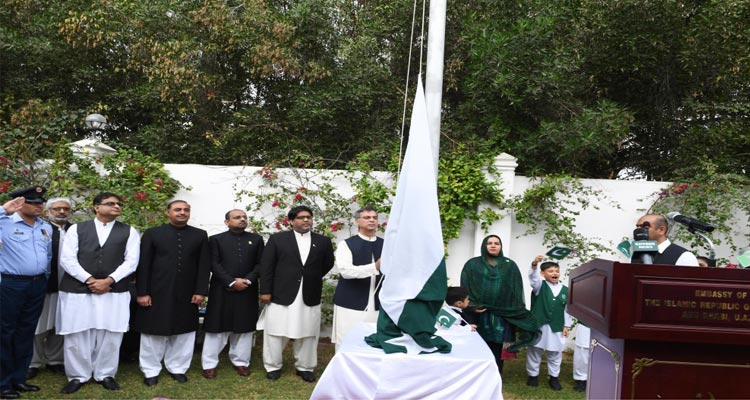 ABU DHABI: The Embassy of Pakistan in Abu Dhabi held festivities celebrating the 79th National Day of Pakistan, bringing together the Pakistani community living in the UAE.

The ceremony began with the hoisting of the Pakistan flag by Ambassador to the UAE, Moazzam Ahmad Khan.

The ambassador congratulated the Pakistani community living in the UAE on the national occasion, and paid tribute to the Founding Father, the late Sheikh Zayed Bin Sultan Al Nahyan, who "planted the sapling of friendship with Pakistani leadership," which has grown further under the leadership of President His Highness Sheikh Khalifa Bin Zayed Al Nahyan. 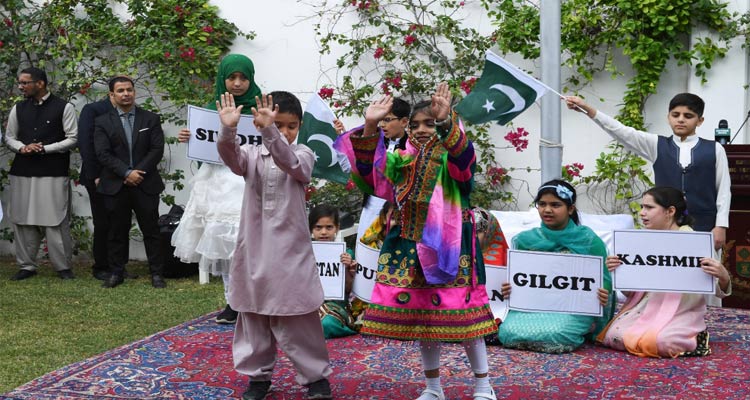 Pakistani children sing national song at the premises of Embassy in Abu Dhabi on Saturday. WAM