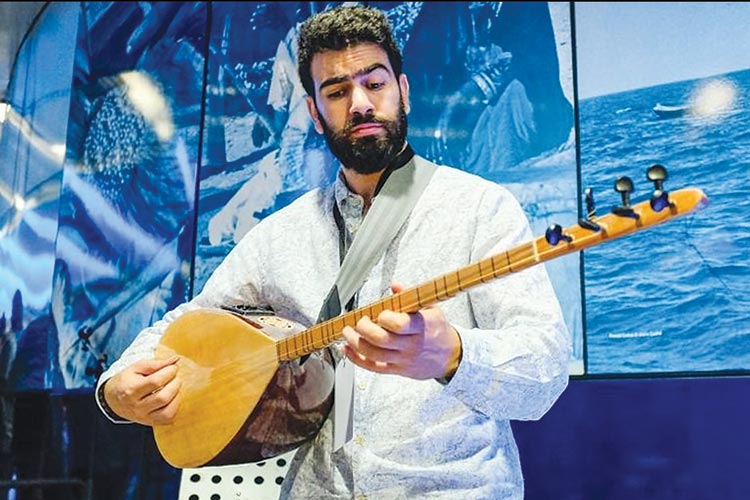 An enchanting mix of music from an eclectic line-up of artists featured in the first edition of the Dubai Metro Music Festival continued to enthral the public.

Dubai: There have been many warm campaigns and events being carried out to pay a glowing tribute to the mothers.

This Mother’s Day, Babyshop, the one-stop destination and leading Omni-channel children’s retail brand from Landmark Group embarks on a purposeful communication platform, a #TheGiftOfMom, a campaign launched to convey the message on the importance of early detection, for signs of breast cancer.

In the UAE alone, according to the latest figures released by the Health Department of Abu Dhabi, there are 4,500 new cases of cancer each year with breast cancer being one of the top 5.

Commenting on this noble and unique campaign Ruban Shanmugarajah, Chief Operating Officer, Babyshop, said: “In line with the UAE’s national agenda of creating world-class healthcare in our region, it was imperative that we, a purpose-led brand, supported the Breast cancer awareness programme and further promoted health &wellbeing of children and their parents. This is precisely the reason we have a unique message on Mother’s Day. As responsible brands we surely play a bigger role in finding such relevant opportunity to talk about health and wellness for families. Through this campaign we hope we shed light on the need for regular screenings and not limit Breast Cancer Awareness to a month or a day.”

He also added: “Because Mother’s Day is incomplete without a Mother, we hope through this campaign, families will act and continue to inspire other women - their mothers, grandmothers, daughters and friends to take the necessary actions.

“The campaign can be extended through #TheGiftOfMom on social media where we encourage women to get screened for any early symptoms.”

Dr. Keya Shivadey, Specialist Gynaecologist & Obstetrician, Aster Clinic, Business Bay said, “Despite the efforts undertaken to spread information and awareness about the condition, Breast Cancer awareness still remains an often ignored subject. A large part of this is because we tend to hold off on taking any preventive steps until the disease manifests itself through signs and symptoms. If detected early, the survival rate in cases of Breast Cancer is 93%, an excellent percent compared to any other type of cancer. If Self breast exam is done regularly, 80% of tumors are detected by the patient’s themselves rather than being detected at a healthcare facility.”

She added: “Another challenge is the reluctance amongst women to undergo exams even when there is a family history or possible cause that can lead to Breast Cancer. There are also many socio-cultural and psychological stigmas & taboos associated with this condition, that it makes it occult.

“Mothers specifically tend to ignore their own health conditions while being busy taking care of the whole family around them. It is important for the families to understand the health needs of a woman, especially when she turns 40. A regular checkup yearly or in six months can help avoid the trauma that any kind of cancer, especially Breast Cancer can bring.”

“There is this silent judgement from society about not being a perfect person, but you are beautiful and perfect as you are. Don’t be scared to go for early detection against Breast cancer .. trust me it will save you alot in terms of time and health .. Cancer isn’t scary , but ignoring it is the scariest thing in the world,” said Yesmine Yousri, a 3 time cancer survivor.

The #TheGiftOfMom campaign  has been launched on YouTube and Facebook, through a short video which was produced in both Arabic and English.

The video encourages viewers to share the message of early detection against breast cancer using the hashtag #TheGiftofMom.

In line with the campaign’s message on the importance of early detection, Babyshop has collaborated with Aster Clinics and The Saudi German Hospital in Dubai to give mothers complimentary consultation and clinical examination appointments till March 23rd.