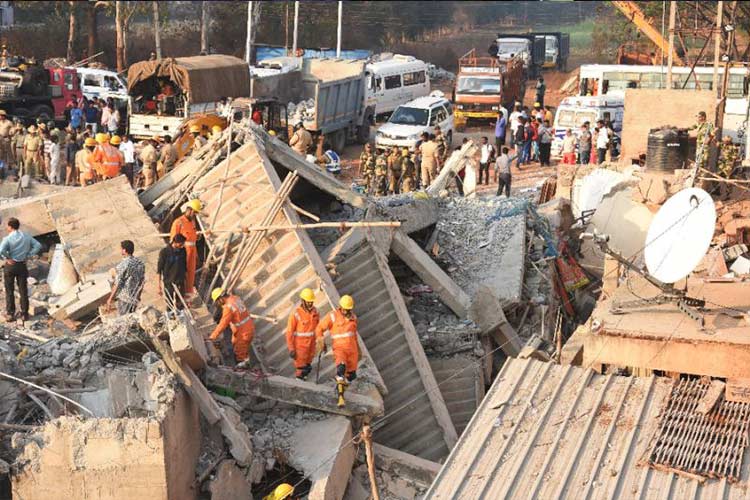 Fifty-three people have been rescued from the rubble of the five-storey building in Dharwad district.

NEW DELHI:  Eleven people were confirmed dead on Thursday three days after a building under construction in southern India caved in, officials said.

Building collapses are frequent in India. Many firms use cheap materials and bribe officials to evade regulations, while on-site safety is lax.

Around 400 rescuers have been scouring through tonnes concrete and steel after the latest tragedy in Karnataka state on Tuesday.

Fifty-three people have been rescued from the rubble of the five-storey building in Dharwad district, but three more bodies were pulled out on Thursday.

"At least 15 people are possibly still under the debris and it's unlikely they will survive," emergency official Srikant, who goes by one name, told AFP.

Heavy earth-movers and rescuers with specialised equipment and sniffer dogs were deployed in the increasingly desperate operation.

The victims were mostly from northern Indian states who came to the region for work.

Police have charged the builder with manslaughter but he remains free, with investigators saying he will be arrested after the rescue operation is over.

Last September, five people were killed after a Delhi apartment block collapsed. Months earlier, a six-storey building in the capital had given way, killing nine.

Millions of Indians, who will vote in elections in April and May, live in dilapidated old buildings, many of which are susceptible to collapse during rain.