A UN Committee on the Rights of the Child in 2014 said one in three rape victims in India was a minor. Photo: Reuters.

NEW DELHI: Two brothers have been arrested in India for allegedly raping their 12-year-old sister who was later beheaded with a sickle, police said Wednesday.

India has a grim record of sexual assaults on minors with more than 36,000 cases reported in 2016, according to latest available government data.

A UN Committee on the Rights of the Child in 2014 said one in three rape victims in India was a minor. Almost half the abusers are known to the victims.

In this case, the girl's uncle, 40, has also been arrested and police are searching for the eldest brother after the body was found in the central state of Madhya Pradesh last week. 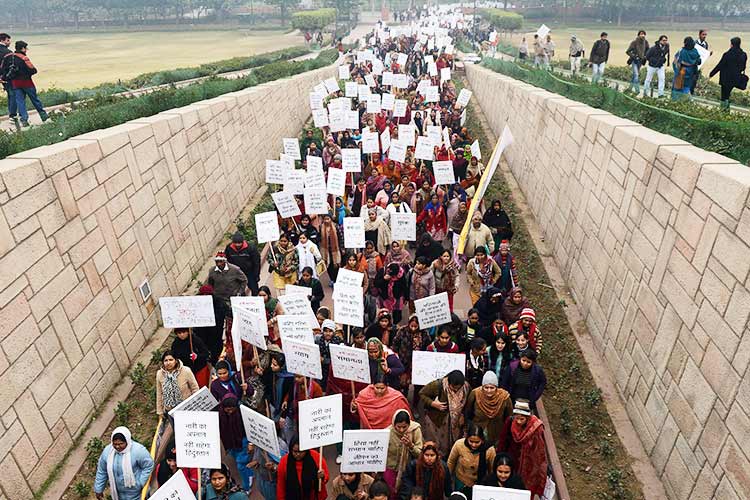 The accused had initially tried to put the blame on a rival family before police in Sagar district found discrepancies in their statement and realised the eldest brother had been missing.

"All the men (three brothers and the uncle) were involved in raping the girl and when she threatened to tell the police, they strangled her to death and chopped off her head and dumped the body.

Sanghi said the autopsy had confirmed the victim was gang-raped and subjected to "unnatural sex".

"I have not seen such a crime in my life. Even lawyers have said they don't want to represent the accused in this case."

The high rates of assault continue despite an overhaul of laws in the wake of a high-profile fatal gang rape of a Delhi student in 2012 that sparked mass protests and a tightening of the law.

That crime shone a spotlight on the rising levels of violence against women in India, and saw the introduction of tough penalties for offenders and accelerated trials through court.