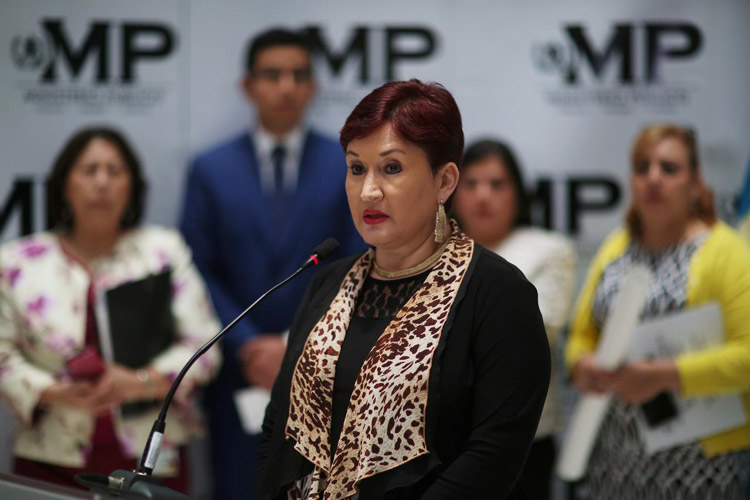 GUATEMALA CITY: A Guatemalan judge has ordered the arrest of former attorney general and presidential candidate Thelma Aldana on charges including embezzlement, the police said on Tuesday, amid an escalating campaign on high-profile corruption and rights cases.

Aldana, who helped lead investigations into top politicians, including the current president, is seeking the presidency in a June election.

The warrant for her arrest, issued by Judge Victor Cruz, cited charges of embezzlement, lying and tax fraud. Aldana has denied wrongdoing.

Aldana, who was in El Salvador on Tuesday for a meeting, planned to return to Guatemala by Thursday, she said in an appearance on CNN.

She added that her presidential candidacy, approved by electoral authorities on Tuesday, had granted her immunity and that she would not take action against the arrest order.

“We’re not going to do anything... They know that I’m going to keep up the fight against corruption, and lots of people in Guatemala are trembling because of that,” she said.

President Jimmy Morales has fought back against a UN-backed anti-corruption body that, along with Aldana, sought to impeach him in a campaign financing investigation.

In January, he expelled the head of the corruption body, known as CICIG, from the country and has declined to renew its mandate.

Aldana and CICIG’s investigation of former President Otto Perez Molina led to his impeachment and cut short his presidency. He remains in custody on charges of involvement in a customs corruption ring.

Lawmakers were set to review changes to the law on Wednesday, but dropped it from the agenda amid an onslaught of criticism from local and international rights groups, including the United Nations.

Instead, they have scheduled a discussion on modifying the criminal procedure code.

The proposed changes would limit jail time for accused people awaiting verdicts, which could allow the release of at least 100 people facing corruption charges, as well as others accused of war crimes.