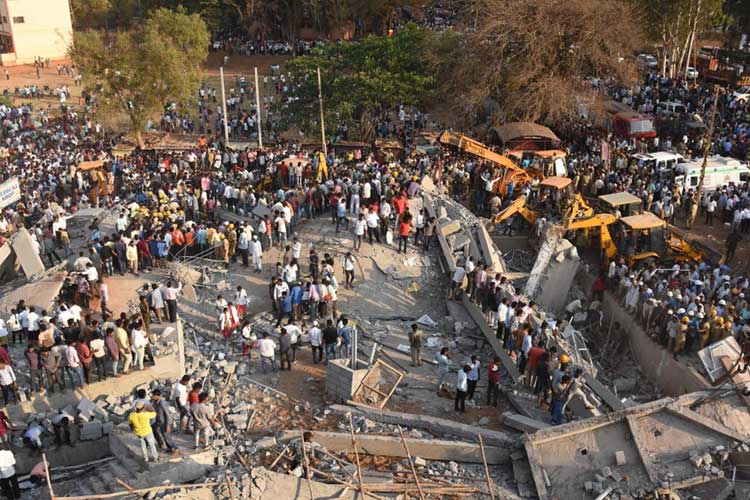 Onlookers stand gsather near the rubble while rescue teasm search for survivord after an under-construction multi-storey building collapsed in Dharwad district of Karnataka on Tuesday. STR / AFP

NEW DELHI: At least two people have died and dozens are feared trapped under rubble after a building site collapsed on Tuesday in India's southern Karnataka state, officials told AFP.

A thick blanket of dust and debris engulfed the area after the five-storey building collapsed.

Desperate family members rushed to the spot searching for loved ones trapped in the rubble.

"Two people have been killed in the collapse. We have pressed in men and machines to rescue those trapped," Srikant, the district's regional fire and emergency officer, who gave just one name, told AFP

Nagesh D.L., the district's deputy commissioner of police, said 27 people had been recovered from the rubble and taken to hospital,

Rescue operations were expected to continue throughout the night.

"We think there are still many people alive (underneath). The police still don't have a clear idea... some locals say it is around 15, and some others have said it is over 50," he told AFP. 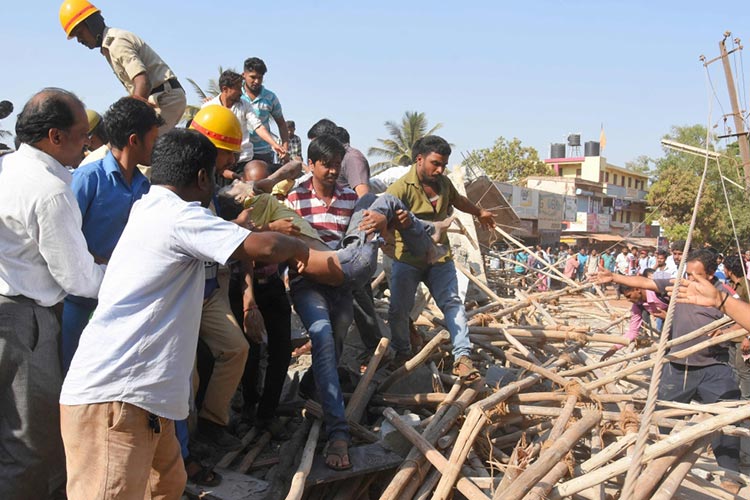 Rescue workers carry a survivor after he was found under the rubble of an under-construction multi-storey building that collapsed in Karanataka on Tuesday. STR / AFP

Another regional emergency official said as many as 152 people were believed trapped beneath the rubble.

While locals joined in to help with the rescue efforts, police said that the national disaster response force team has also been drafted in.

Hospitals in the district have been placed on alert and 20 ambulances sent to the accident site, said Dharwad's top medical officer Giridhar Kokinad.

Building collapses are frequent in India, with a string of accidents reported in recent years.

Critics say many private builders use inferior construction material to cut corners on costs or bribe officials to bypass regulations.

Last September five people were killed after an apartment block collapsed in Delhi. Just months earlier a six-storey building collapsed on the outskirts of the capital, killing nine.

Millions also live in dilapidated old buildings, many of which are susceptible to collapse during rain.