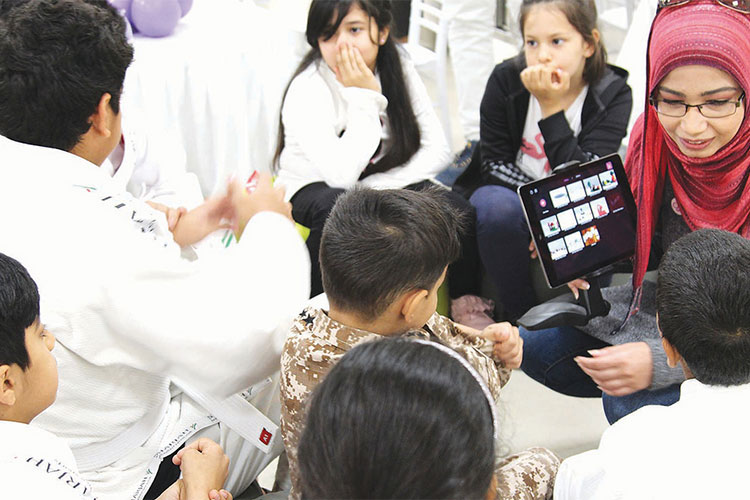 The workshop taught children how to capture digitised images to create printable art.

On the occasion of Emirati Children’s Day, FUNN, the Sharjah-based foundation dedicated to promoting media arts among children and young people in the UAE, organised an array of activities with special workshops and programmes, that made it a fun-filled day for children.

Speaking about the event Sheikha Jawaher Bint Abdullah Al Qasimi, Director of FUNN and SICFF said, “Children are the nation’s most cherished and valuable asset. Each one of them is talented in their unique ways and can be honed through such specialised workshops. The workshops align with our approach to stimulate children’s critical thinking and nurture their imaginations. Through such curated workshops we are focused on imparting vocational knowledge that will help them to express themselves and build their creative skills”.

She further added, “Keeping this in mind, we will continue to partner with different entities in order to support and keep delivering hope to all the children in the UAE. Organising these workshops is in line with FUNN’s vision and with the objectives of the Sharjah Child-Friendly initiative, which seek to empower all youngsters, including children from all segments of the society. We believe these continued efforts will help to build a generation of creative innovators in all fields”.

FUNN aims to nurture a future generation of creative artists in media and film industry, and promotes new media works and films made by children and young filmmakers in the UAE at international film festivals and conferences worldwide. Its larger goal is to foster talent through these festivals, conferences and workshops locally and internationally.

Recently, to celebrate the World Happiness Day, FUNN has launched the ‘Best Animation Video Competition’ for children aged 6 to 19. The winners of the competition will be announced on 20th March 2019.

According to FUNN, applicants must meet the industry-standards for animation videos and the artworks must be original and created by the participants themselves. The videos should not exceed time limit of 10 seconds and should be themed around what represents happiness for the participants.

To apply for the competition, applicants should follow FUNN’s social media account @funnshj, and the videos should be uploaded using the applicant’s personal account with the hashtag #happyfunn.