‘At least 100 missing’ in Zimbabwe after cyclone - GulfToday

‘At least 100 missing’ in Zimbabwe after cyclone 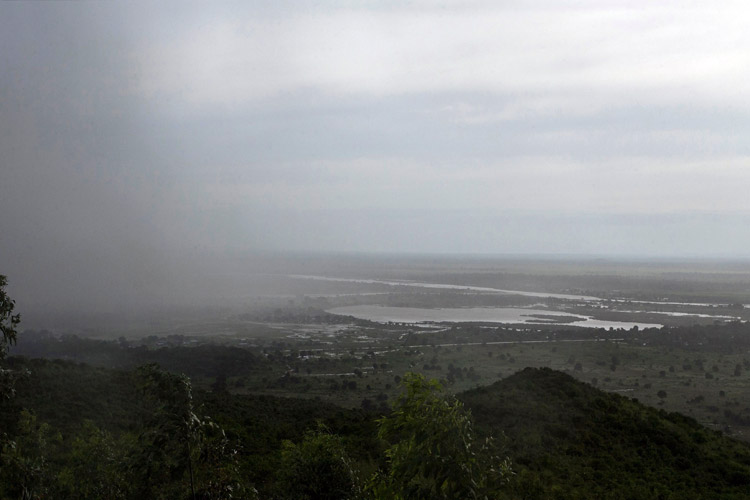 Rain, which is believed to be the beginning of Tropical cyclone Idai coming from central Mozambique, falls in the flooded districts of Chikwawaa and Nsanje in southern Malawi, on Friday. Amos Gumulira/ AFP

HARARE: At least 100 people are missing in parts of eastern Zimbabwe hit by the peripheral effects of tropical cyclone Idai which has lashed Mozambique, a local lawmaker said on Saturday.

Thousands of people have been affected, power cut off and major bridges flooded in parts of the Manicaland province which borders Mozambique.

“The information we have so far is that over 100 people are missing and some of them” may have died, Joshua Sacco, a member of parliament in Chimanimani district, told AFP.

“At least 25 houses were swept away following a mudslide at Ngangu township in Chimanimani urban. There were people inside. They are part of the missing,” he said.

Tropical cyclone Idai battered central Mozambique on Friday killing at least 19 people and cutting off more than half a million in Beira, one of the country’s largest cities.

Local officials in Mozambique said that heavy rains earlier in the week, before the cyclone struck, had already claimed another 66 lives, injured scores and displaced 17,000 people.

Heavy rains in neighbouring Malawi this week have affected almost a million people and claimed 56 lives, according to the latest government toll.