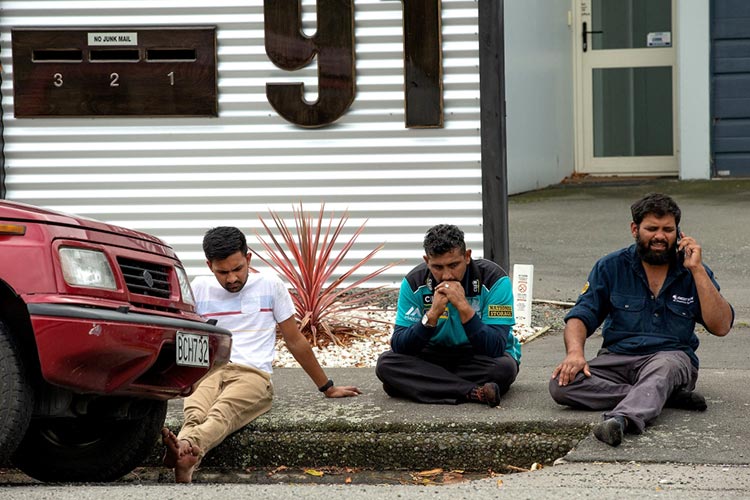 Grieving members of the public following a shooting at the Al Noor Mosque in Christchurch, New Zealand, on Friday. Martin Hunter / Reuters

WELLINGTON: The UAE Embassy in New Zealand has affirmed the safety of all Emirati students in New Zealand following the shooting during the Friday prayer at two Christchurch mosques, which left 49 people at least dead and 20 seriously injured.

UAE Ambassador to New Zealand, Ahmed Salim Al Suwaidi said the UAE diplomatic mission has communicated with the Emirati students learning in the country to make sure of their safety and urge them to exercise maximum caution during such exceptional circumstances in implementation of the New Zealand police's instructions under all circumstances.

He condemned the shooting and reaffirmed UAE's categorical rejection of all forms of terrorism.