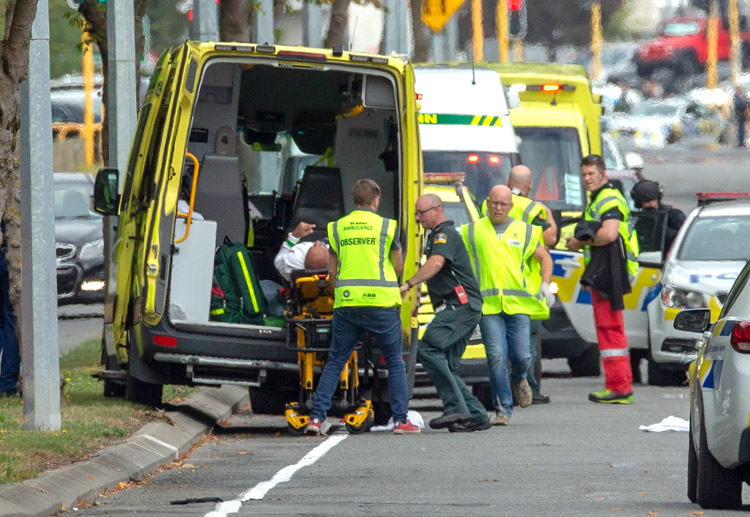 JAKARTA: Political and Islamic leaders across Asia expressed their disgust at the deadly shooting at two mosques in New Zealand on Friday as some revealed their citizens had been caught up in the bloodshed.

The timing of the shootings in the city of Christchurch, during Friday prayers, and the posting on social media of what appeared to be live, point-of-view video footage of the assault by a gunman added to the distress of many.

“Indonesia strongly condemns this shooting act, especially at a place of worship while a Friday prayer was ongoing,” Foreign Minister Retno Marsudi said in a statement.

She was earlier cited by media as saying six Indonesians had been inside the mosque when the attack occurred, with three managing to escape and three unaccounted for.

Indonesia’s ambassador to New Zealand, Tantowi Yahya, told Reuters inquiries were being made as to whether Indonesians were caught up in the attack. There are 331 Indonesians in Christchurch, including 134 students, the foreign ministry said.

In Muslim-majority Malaysia, Anwar Ibrahim, the leader of the biggest party in its ruling coalition, said one Malaysian had been wounded in the attack he described as a “black tragedy facing humanity and universal peace.”

“I am deeply saddened by this uncivilized act, which goes against humanistic values and took the lives of civilians,” he said in a statement.

“We extend our deepest sympathies and condolences to the families of the victims and the people of New Zealand.”

New Zealand authorities confirmed “multiple” deaths but they did not say how many or identify any victims.

“This attack shows the point which hostility to Islam and enmity to Muslims has reached,” Ibrahim Kalin wrote on Twitter.

“We have seen many times Islamophobic discourse against Islam and Muslims turning into a perverse and murderous ideology. The world must raise its voice against such discourse and must say stop to Islamophobic fascist terrorism,” he said.

The founder of India’s All India Muslim Personal Board, a non-government body of scholars, Kamal Faruqui, said the attack was “highly condemnable.”

“An anti-Muslim virus is spreading across the world,” he told Reuters.

“People of all religions should be very worried.”

“My thoughts are with the family of Afghan origin who’ve been shot and killed at this heinous incident.”

Ordinary people expressed their horror online about a widely disseminated video of a man apparently indiscriminately shooting people inside a mosque with an assault rifle.

The video has yet to be confirmed by authorities as being posted by a shooter involved in the attack.

“Feeling very sick, that person is brainless and a savage,” said one Indonesian twitter user who identified himself as Farhan Adhitama.

New Zealand’s prime minister, Jacinda Ardern, said many of those caught up in the shootings may have been migrants and refugees.

“They are us. The person who has perpetuated this violence against us is not. They have no place in New Zealand,” she said.