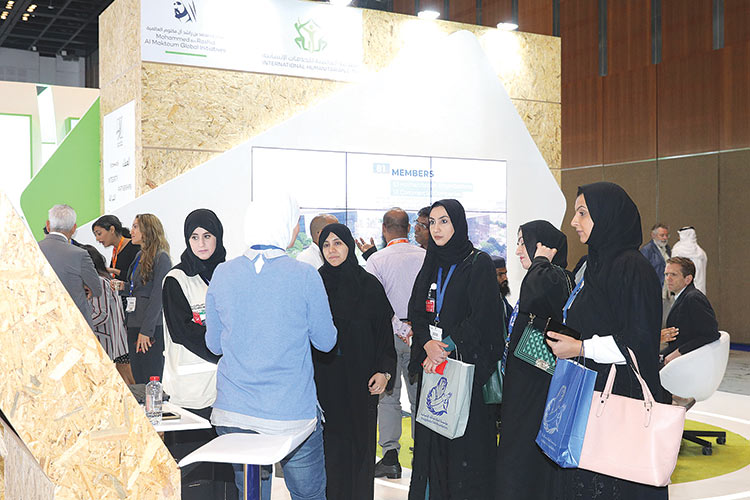 Dihad 2019 was themed ‘People on the Move,’ and focused on ways to address the core issue of migration.

Dubai : Top humanitarian gathering in Dubai under the theme ‘People on the Move’, focused on ways to address the core issue of ‘migration’, as more and more countries implement new immigration policies, reinforce national borders and plan border wall constructions.

The conference held under the patronage of His Highness Sheikh Mohammed bin Rashid Al Maktoum, Vice President and Prime Minister of the UAE and the Ruler of Dubai was  concluded after 3 days of highly enriching and productive discussions on the most urgent issues facing refugees and migrants in the region and the world.

Commenting on the occasion, Ambassador Peter Schatzer, International Institute for Humanitarian Law, San Remo, and Former Chief of Staff at the International Organization for Migration, IOM, said, “This year’s Dihad theme is appropriate and timely, not only because of so many international and national debates taking place about the many aspects of migration, but also because so much of that debate is ill-informed. In a world on the move there are regional differences and varieties and the Middle East is one of the most dynamic regions in this regard. Dihad 2019 was aimed at finding answers to some key questions such as Who among the hundreds of millions of migrants requires attention? What are the groups and that need help?”

Dr. Randolph Kent, Director of The Futures Project, Royal United Services Institute for Defense and Security Studies, London, said, “People on the Move”, will continue to be an inherent feature – a continuum of the mid-21st Century. As global complexity increases, the nation state – far from timeless – will be mutating into new and novel socio-political structures. For all the positive benefits that could derive from such mutations, there are the negative consequences too. As recent estimates suggest that by 2050, approximately 700 million people could face displacement owing to climate change, land degradation and other factors, I believe the time is right to plan for the future. In my presentation, I addressed some key questions such as “What could be the drivers of displacement in another generation, and what might their consequences be? What should we do to prepare for such an unprecedented though uncertain future, and why should we be thinking about that future now?”

Suad Jarbawi, Middle East Regional Director, Mercy Corps, Amman said, “It is indeed very important for us to be discussing ‘People on the Move’ because the number of people moving away from their homes right now is unprecedented. So, it is immensely vital that a group of experts to come together and dig deeper into the topics about why migration is on the rise, how can we as a humanitarian and development community assist and what is the burden as well as the opportunity that we all share together in improving the lives of those that are choosing to move.”

Additionally, the exhibition successfully witnessed the completion of a first of its kind ‘Dihad Buyers Programme,’ which offered one-on-one meetings, business and key networking opportunities for more than 60 Buyers attending the program.